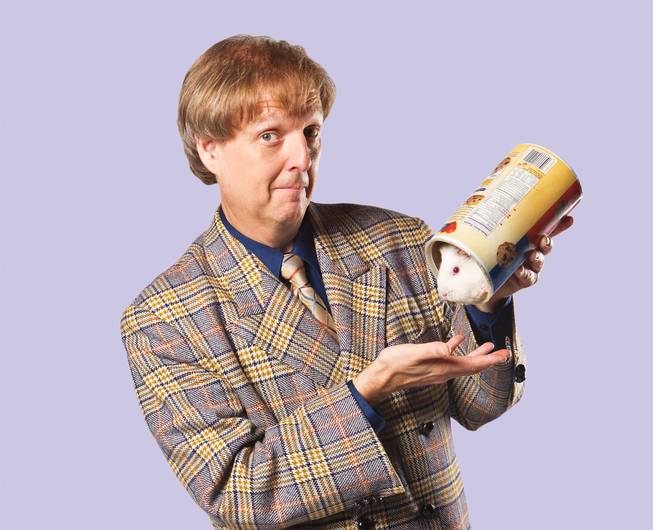 Mac King is planning to return to his show on June 1, most likely with the guinea pig.

Mac King, referred to as the greatest living comic magician by none other than Penn Jillette, celebrated 20 years of headlining at Harrah’s Las Vegas in January 2020 but decided to hold off on an actual big celebration until the springtime. As we all know, spring of 2020 never really arrived, at least not on the Las Vegas Strip.

“I’m not sure what we should do now. Can I say I’ve been at Harrah’s for 21 years?” King jokes on this week’s Sun on the Strip podcast. “What we want to do is just say, alright, that last year didn’t happen, happy 20th!”

He hasn’t been able to perform his singular, family-friendly “Mac King Comedy show” at Harrah’s Showroom in more than a year, but there’s a light at the end of the tunnel. He’s targeting June 1 as a possible comeback date and considering how quickly the vaccination process is moving and the speed of other show reopenings, it seems likely he’ll be entertaining Vegas audiences again soon.

“I’m more optimistic as we’re getting closer to that date,” King says. “It will be interesting to see what the show looks like because before, I had so many people from the audience coming up onstage with me. If I went back tomorrow that wouldn’t be able to happen. I don’t know how comfortable people will feel doing that or how comfortable I’ll feel, or if the regulations will even allow it.”

The veteran performer from Kentucky who always takes the stage in plaid has kept busy without his Vegas show, performing virtually here and there and filming his third appearance on the aforementioned colleague’s popular TV show “Penn & Teller: Fool Us,” on an episode that made its TV debut last Friday.

King also created a YouTube talk show called “Don’t Everybody Leave,” teaming up with several of his showbiz pals “to sort of scratch that hanging out with my buddies itch.” One of his guests so far is another legendary Las Vegas magician, Lance Burton, who King has known since they were both 14 years old.

King has made the most of the unplanned time off by spending almost all of it with his family, and while he’s happy to create other ways to maintain creativity and connect with his audience, there’s no substitute for the live stage.

“My show is so interactive and so dependent upon the audience and me playing off them,” he says. “It’s really hard to translate that into the virtual world. It’s not that I don’t like it but it doesn’t feel as fun for me.”