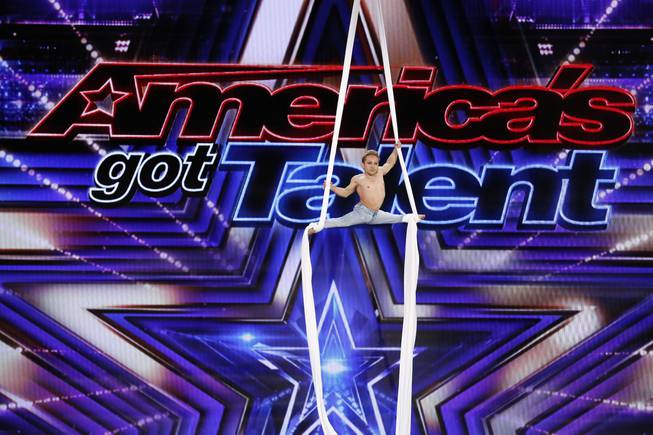 If you’ve seen Cirque du Soleil’s “Zumanity” production at the New York-New York Hotel and Casino on the Las Vegas Strip, it’s likely you were captivated by the performance of Alan Silva.

“I’m 3-foot-10 and it’s not very common to see someone my size doing what I do,” he says on this week’s episode of the Sun on the Strip podcast.

After his appearance Tuesday night on NBC’s “America’s Got Talent,” many more people are aware of Silva’s unique talents. The Brazilian artist is a sixth-generation circus performer who has trained in multiple acrobatic disciplines including trampoline, trapeze, Russian bar and many more. His aerial silk performance in “Zumanity” is a literal highlight of the long-running production show and one of the climactic acts. 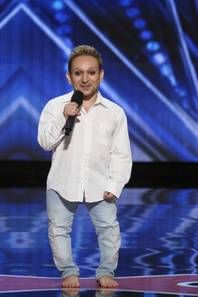 Alan Silva on “America’s Got Talent.”

“I like the silks because I can make [the act] a bit more artistic. It moves and has a flow to it and I really like that aspect of it, but it can also be very dangerous,” Silva says. “The silks can move in different directions, especially when you’re flying like I do and not just [hanging from the apparatus]. It feels like the silk has a life of its own. Sometimes it can do what it wants to do and you can’t control it and that’s the hard part.”

He had everything under control on “AGT,” thrilling the judges and the audience, but it was a special performance for another less obvious reason. It was the first time Silva’s two young children watched him perform live.

“My goal is to perform with my heart and my soul for the audience but also, I’m competing, not just performing. I was nervous because … the stakes were high. And since that was the first time my kids were able to watch me perform live, that was the cherry on top on the nervous side for me.”

Silva said he’s already had plenty of positive feedback after the TV appearance. He performs with emotion, he connects with his audience on an emotional level, and he’s hoping to continue to expand that audience and spread his message.

“I just want to tell everyone my goal is to see myself without the adversity I’ve had in my life because of my size,” he says. “I’ve been judged a lot for my entire life and bullied a lot because of my size. And if you are a person who has felt this way about your own image or body type or whatever you’re going through, I just want to say you should continue to be the best version of yourself, hold your head up high and keep going because everyone deserves a beautiful life and everybody is special in their own unique way.”