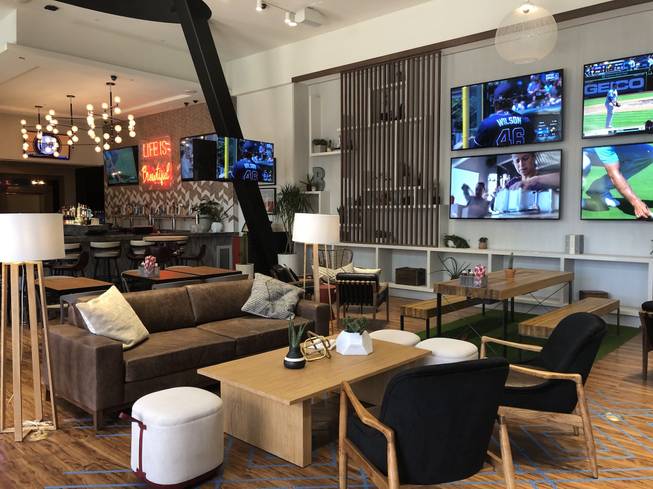 Walk or drive down the Las Vegas Strip today and you’ll see a vast collection of restaurants and bars installed directly on the Boulevard. It’s a big change from the megaresort boom of the late 1980s and 1990s when grand entryways at setback casino and hotel buildings were the standard, with nothing to disrupt the flow from the street to the gaming experience.

Now it’s all about immediate fun, food and drink for Strip pedestrians. Paris Las Vegas has always taken advantage of this strategy with its immensely popular Mon Ami Gabi bistro, where an expansive patio affords views of Bellagio’s fountains across the street, and the newer Hexx Kitchen & Bar also attracts a broad audience. Paris’ newest Strip-side offering is Beer Park, a casual outdoor venue on the second level that opened three years ago, and it just doubled its capacity with the opening of a 10,000-square-foot, fully-enclosed restaurant expansion.

Beer Park celebrated the grand opening of the addition with a Friday night bash hosted by Shaquille O’Neal. With roll-up garage doors that open onto the bustling bar space and a homey, cabana-like feel, the new space trades in some of those Strip views for comfort and convenience, a perfect escape from peak summer heat.

It serves the same menu as the outdoor portion of Beer Park — stacked with snacks, sausages, burgers and barbecue to go with dozens of different brews — and the new space is loaded with high-definition screens for sports viewing and bar games like Skee-Ball, darts and Pop-a-Shot. Karaoke is in the works.

“Beer Park is like a playground for grownups,” said General Manager Jason Ellefson. “This expansion adds more of that appeal — a vast beer selection, over-the-top cuisine and plenty to entertain you, whether it’s arcade games, karaoke or watching the game.”