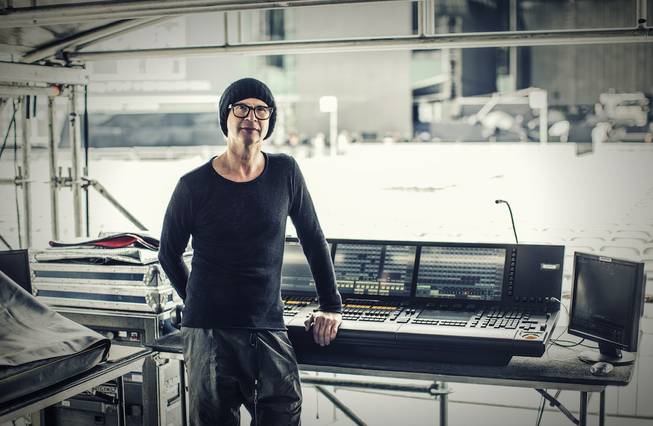 When Lady Gaga signed on for her first Las Vegas residency at Park MGM, the pop superstar immediately brought in a collaborator who has been instrumental in many of her most memorable live performances.

LeRoy Bennett was Gaga’s creative director for the 2017-2018 Joanne World Tour, her epic halftime show at Super Bowl LI and her performances at the Coachella Valley Music and Arts Festival. As production, lighting and set designer for the “Enigma” and “Jazz & Piano” concert events at Park Theater — which resume this week — Bennett was ready for the challenge of creating the next evolution of the Las Vegas headlining residency. 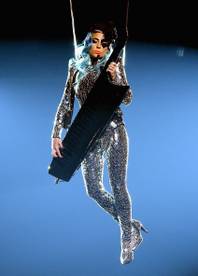 “Working with Lady Gaga and her approach to a show is something I’m very familiar with. Every show has a storyline, every show is a journey, and for me, it just felt very natural,” he said. “She’s like a sponge. She absorbs ideas she likes and things that trigger or inspire her. She’ll take on everything and then you have to kind of filter out what makes the most sense of all that stuff and mold it into a show.”

Gaga is one of many music icons Bennett has worked with over the course of an incredible career in live entertainment. Paul McCartney, Beyoncé, Nine Inch Nails, Keith Urban, Rammstein, Maroon 5 and The Weeknd have all called on Bennett to create their ideal live performance environments and he also worked in Las Vegas on the limited run residency of Tim McGraw and Faith Hill at the Venetian. And this year will be a particularly busy one as he bounces between Gaga’s show and upcoming tours for Ariana Grande and Kelly Clarkson.

Congratulations on the opening last month of “Enigma.” When did you start work on Lady Gaga’s new Las Vegas residency? It was great to finally get it up and going. Ideally I should have started back in March but because she was so wrapped up in the movie promotion [for “A Star Is Born”] we didn’t start until June. Normally shows like this, going into a theater residency versus a tour, take a bit longer.

I have to rewind a little bit because I’m a huge Prince fan and you really began your career working with him. What was that like? I started in 1980 with him on “Dirty Mind” and it was my first project as a designer, and I worked with him for 14 years after that. He included me in everything he did, TV performances, touring stuff, the movies — particularly “Purple Rain” — and it was a huge part of my life and formative years. People ask me what it was like to work with him and I always say he gave me the freedom to basically do whatever I wanted to do, based on his abstract thoughts and what he was going for. Someone who worked for him as a studio engineer for years heard me say that once and she spoke up and said, “You weren’t lucky. He treated you like his equal.” That kind of set me back because he never treated anyone as his equal. We were partners, basically, in creating his live branding. He put me into places and positions I’d never been before and pushed me beyond the limits of what I thought I could do and really opened me up to become who I am. I couldn’t have been schooled any better. I started at the top and everything since has been easy, or easy-ish. [Laughs.]

It’s amazing that you began your career with such a legend but you’ve worked with so many big names. How did you get started down that path? I grew up in a musical family … listening to classical music and my parents were both into Broadway showtunes. I had an interesting upbringing. But I also associated music with visuals from a very young age. I didn’t really hear music as much as I saw music, and I also see music in colors. … Eventually I discovered I could perform musically through lighting, which was nice because I had stage fright. My parents tried to get me onstage but I couldn’t do it. But this was natural.

Lady Gaga is obviously known for creating all sorts of amazing visual images through performance, fashion and more. Did your creative process change when you started working with her? It was a very familiar thing to me. What she is doing is similar to Prince in a lot of ways. I also have an appreciation, like her, for David Bowie, and fortunately I got to work with him at one point. There’s a lot of things I appreciate about her as an artist.

On opening night of “Enigma,” it seemed like everyone in Las Vegas was Instagramming those exciting and sometimes large set pieces and entrances. How important is it to create those big visual moments? There have always been a lot of props in her show over the years and when we talked about it for the first time, one of the main things was those entrances, how she would enter from a costume change. That opening where she flies in was based off one of her original thoughts. She wanted to be almost like a mirrorball, flying in and spiraling and turning over the audience while playing [a keyboard]. The first time she ever flew was when she did the [Super Bowl] halftime show and she just took to it naturally. It was amazing. Withing a few minutes she was flipping herself over and really learning how to balance herself in the harness. She’s one of the most adaptable artists I’ve ever met. Nothing throws her off.

And then of course there’s the giant silver robot. That seems like a prop that could be hard to handle. Because the stage is so big we are a bit limited on storage space onstage. The biggest prop is the robot and besides flying, it’s the only entrance prop she’s using. There were a couple little speed bumps we discovered, more logistical stuff, but we found those early on. It’s a great theater, the staff is super awesome and helpful and it’s just got a good vibe.

What’s it like for you to attend opening night of a show you’ve spent months working on? Well, rehearsals are the hardest part. When you add the audience, that’s the icing on the cake. Everything is good and working great and then you add the audience and the energy and vibes and presence elevates it to another level. That’s what ties everything together. I love watching people’s faces watching a show. I like looking around and seeing them enjoy themselves.

The [Park] Theater has incredible depth and everybody in the audience has really interesting and different viewpoints, and it’s fun to see that. I’m always dead center when I’m watching.