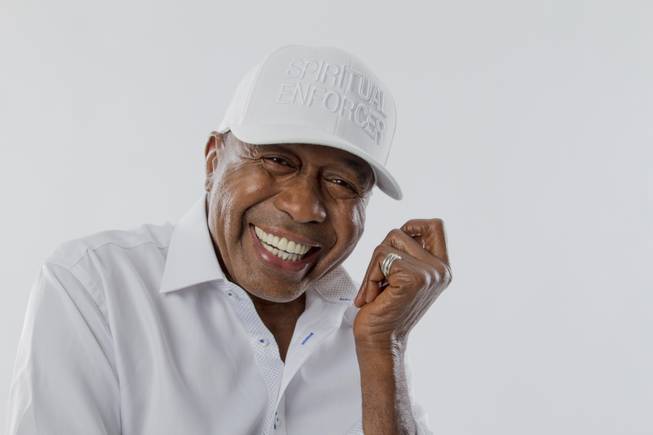 Ben Vereen is back at the Smith Center September 20-22.

The legendary Ben Vereen is back in Las Vegas this weekend, performing three shows dubbed “Steppin’ Out” at the Smith Center’s Myron’s Cabaret Jazz. There will be singing, dancing and storytelling as he mashes up a Broadway tribute with material from Frank Sinatra and Sammy Davis Jr., more legendary Vegas names with whom Vereen spent some time in his early days performing in Sin City.

“It’s hard to choose favorite parts of this show because it evolves and always depends on the audience,” he told me over the phone last month. “Each show is unique to me and new to me although it is the same material. The energy in the room is different so it takes different curves and goes to places that are unexpected and not scripted.”

Vereen has appeared in so many Broadway shows, movies and TV series that it’s hard to keep track of where you saw him last. In recent years he’s popped up on TV’s “Bull,” “Star” and the reboot of “Magnum P.I.,” but different generations of fans might recall his landmark performance in “Roots” or from playing Will Smith’s estranged dad in “The Fresh Prince of Bel-Air.”

He’s currently deep into development on two different productions for Broadway. One is based on the 2007 film “The Bucket List” and the other is based on his life and career, sort of a high-powered version of “Steppin’ Out.”

“The ‘Bucket List’ show deals with reciprocity, about getting to that point in life where you’re faced with death and how do you resolve your life at that point, what do you do with your life now,” he says. “It’s about what you want to leave behind and how you want people to remember you. And the other [show] is a personal expression of my journey and my career and all the things that affected my life as a performer. They’re both wonderful to work on and both [involve] telling the truth about yourself and sharing vulnerability with audiences. That’s what I’m trying to do.”

Earnest performance has been a hallmark of Vereen’s career from the very beginning. Now 72, he’s embraced the role of mentor in assisting an entire generation of entertainers (including his godson, the singer and actor Usher) and spends quite a bit of time working with Americans for the Arts advocating for arts education.

“The arts are in trouble right now,” he says. “I do think it’s partly because of the political climate but budget cuts and things of that nature have been around forever. We have to consider, what are we cutting to? What is important? Is it simply life itself or is the materialism we produce in life, has that taken over in domination of life itself? I think we have this forced upon us and it’s materialism rather than spiritualism of life.”

“Steppin’ Out with Ben Vereen” will be presented at 7 p.m. September 20 and 21 and at 3 p.m. September 22 at Myron’s Cabaret Jazz and more information can be found at thesmithcenter.com.