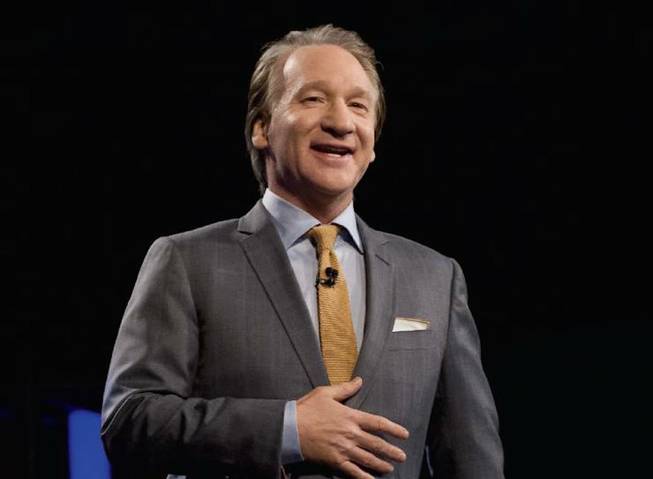 You’ll need something to do when you take a break from holiday shopping this weekend. Check out these entertainment options on the Strip and downtown, some of which will only increase your holiday cheer.

A CHRISTMAS CAROL “The West Wing” actor Bradley Whitford stars as Scrooge in this Tony Award-winning version of the Christmas classic, finishing its run at Reynolds Hall at the Smith Center with 2 and 7 p.m. shows all weekend long. November 26-27, thesmithcenter.com.

BILL MAHER The host of HBO’s “Real Time” is ready to return to his Vegas home at the Mirage Theatre for two shows this weekend. But don’t worry, there will be plenty of jokes about other subjects mixed in with his unique political perspectives. November 26-27, mirage.com.

THIS IS CHRISTMAS This original musical production from Las Vegas showbiz veteran Pat Caddick didn’t get to make its debut last year, but the cast and crew is back together and performing at last at the fantastic Palazzo Theatre through December 26. Catch all your favorite holiday tunes and many of the finest entertainers from Broadway and the Strip this weekend. November 26-28, venetianlasvegas.com.

LEGENDS OF COUNTRY “Legends in Concert” at the Tropicana is shifting to country music for the holiday season to take care of the NFR crowd rolling in this week. Hit the Strip before the rush and take in the opening weekend of this unique production starring tribute artists performing the hits of Garth Brooks and Dolly Parton, as well as renditions of current Las Vegas resident headliners Shania Twain and Luke Bryan. November 26-28, troplv.com.

PENNYWISE Always a hit at the House of Blues, politically-conscious hardrore rock act Pennywise is back in Las Vegas for the first time in a long time for a Saturday night concert sure to stir things up. November 27, houseofblues.com.