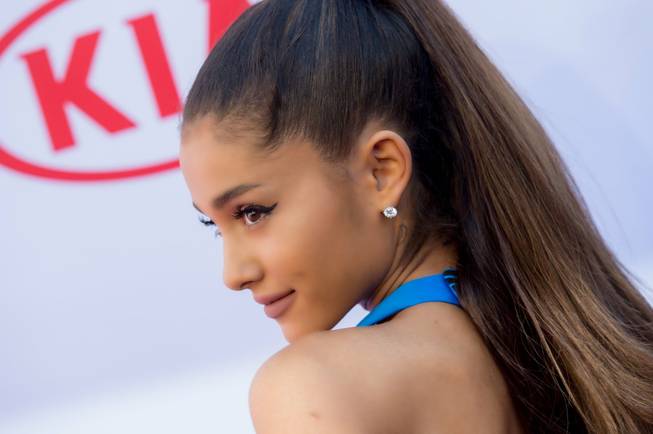 There’s a vast variety of music to be explored this weekend across the Vegas Valley, including one very big country concert production you may have missed when it opened last Friday night.

SHANIA TWAIN The top-selling female country artist of all time launched her new residency “Let’s Go!” last week with three sold-out shows Friday, Saturday and Wednesday at Zappos Theater at Planet Hollywood Resort. Among the celebs in attendance on opening night were Backstreet Boy A.J. McLean, Raiders owner Mark Davis, magician David Copperfield and comedian Carrot Top. You might not be famous but you can join the fun this weekend. December 13-14, info at caesars.com.

KIEFER SUTHERLAND The “24” actor is also an acclaimed guitarist and vocalist and he’s bringing his own take on country, rock and blues to the Rocks Lounge at Red Rock Resort Saturday night. December 14, info at stationcasinoslive.com.

ARIANA GRANDE One of the most successful artists of the last decade is bringing her Sweetener Tour to Las Vegas this weekend, just before she releases a live album recorded from earlier tour dates. Ariana Grande sings at MGM Grand Garden Arena with support from opening act Social House. December 15, info at mgmgrand.com.

THIEVERY CORPORATION If you’re really looking for some different sounds, head to Brooklyn Bowl at the Linq Promenade Sunday night for a show from electronic duo Thievery Corporation, which makes music spanning from acid jazz to reggae to hip-hop. Opening up is party-starting New York band Brazilian Girls. December 15, info at brooklynbowl.com.