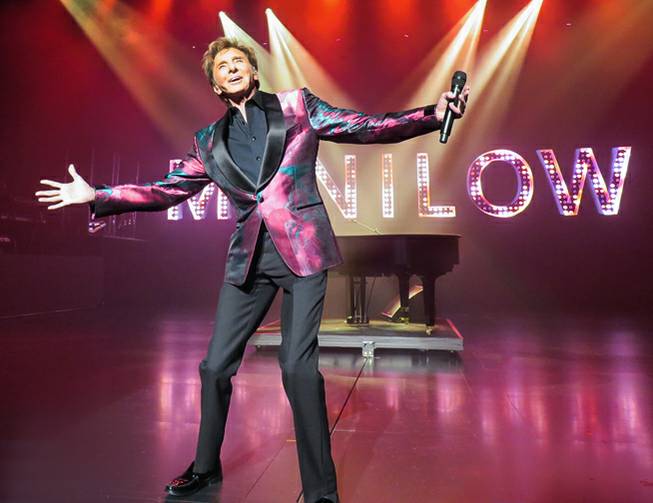 Las Vegas is music city this weekend. Not only is the well-rounded Life Is Beautiful back in downtown Las Vegas, there’s also the iHeartRadio Music Festival setting up shop for two days at T-Mobile Arena and Area15. It seems like too much but there are plenty of other concerts to catch this weekend, including the return of two pop music headlining residencies in historic Vegas venues.

DON MCLEAN Head out to the Grand Events Center at Green Valley Ranch Resort Friday night and take a rock-and-roll trip back in time with the singer and songwriter behind cultural touchstone “American Pie” and plenty of other hits from the ’60s and ’70s. September 17, stationcasinoslive.com.

BARRY MANILOW If you’ve seen the beautiful new banner on the side of the Westgate, you know Barry is back and he couldn’t have returned at a better time. Manilow’s ongoing smash residency show in the iconic International Theater hasn’t been able to perform since early 2020 but that’s all in the past now. If you can’t catch him this weekend, he’s back for three more shows this month and plenty of other hit-filled performances scheduled into December. September 17-18, westgateresorts.com.

KEITH URBAN Country-pop specialist and guitar phenom Keith Urban was the first resident artist to perform at the Colosseum at Caesars Palace when it reopened after a sleek renovation a few years back. Now he’s bringing the excitement back to the legendary theater for two shows Friday and Saturday, and Urban also has more Vegas dates set this month before he hits the road this winter. September 17-18, caesars.com.

JOHN LEGEND The Emmy, Grammy, Oscar and Tony winner is making up for his canceled 2020 concert at the Chelsea at the Cosmopolitan with this weekend’s “Bigger Love” tour stop, with support from husband-and-wife soul and gospel duo The War and Treaty. September 18, cosmopolitanlasvegas.com.

PITBULL The 7,000-seat Zappos Theater at Planet Hollywood continues to reactivate after a long time away with a concert from a past resident headliner in this room, “Mr. Worldwide” himself, Pitbull. His “I Feel Good” tour stop is sure to bring plenty of good vibes to the Las Vegas Strip with a fantastical musical party. September 18, caesars.com.

LON BRONSON BAND Myron’s at the Smith Center finally came back to life this week with an electric performance from Las Vegas favorite Frankie Moreno on Tuesday night. Another longtime beloved act returns to this intimate stage Saturday when the 14-piece Lon Bronson Band brings all the R&B, rock, soul and funk locals have been missing for a year and a half. September 18, thesmithcenter.com.