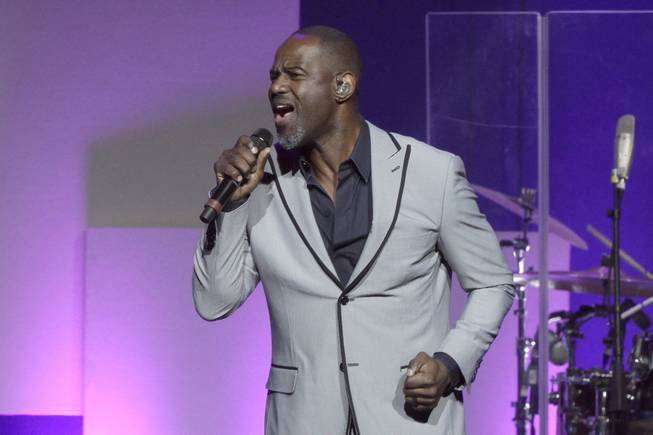 Another big fight weekend takes over the Strip as Manny Pacquiao battles Keith Thurman at MGM Grand Saturday night. But there’s also a lot of musical offerings worth exploring in the coming days and a truly unique production show presented at the South Point.

SEAL You know this British singer best from timeless hits like “Crazy” and “Kiss From a Rose” but he’s reinvented himself in recent years as a purveyor of standards, playing his favorite soul and American songbook classics. You’ll get a little bit of everything from Seal at the Pearl Theater Friday night. July 19, info at palms.com.

BRIAN MCKNIGHT The entertainment offerings at Encore Theater continue to diversify in 2019 with several comedians and musicians playing the Wynn Las Vegas venue for the first time. Next up is R&B favorite Brian McKnight, a smooth singer and multi-instrumentalist who plans on bringing some romance to the Strip this weekend. July 19, info at wynnlasvegas.com.