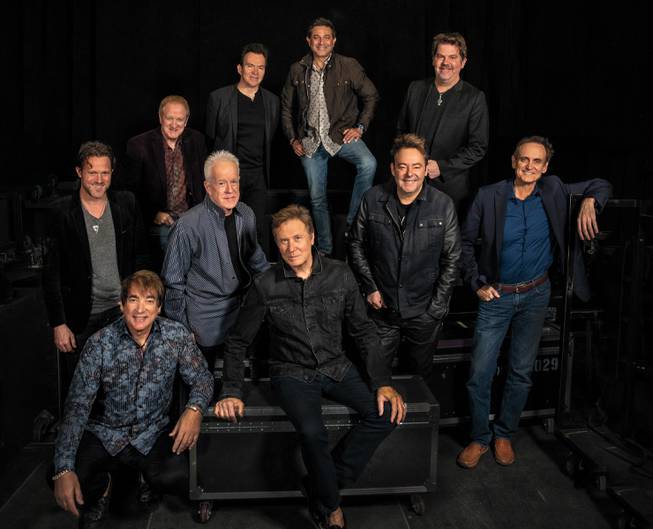 All the stars will be at MGM Grand Saturday for the annual Power of Love gala benefitting Keep Memory Alive. Neil Diamond is this year’s honoree and the lineup of entertainers includes Toni Braxton, Chris Isaak, Billy Ray Cyrus and Kenny “Babyface” Edmonds (who’s also performing at the Mirage this weekend). But even if you’re not attending one of the biggest charitable parties of the year, there’s another reason to MGM Grand.

JABBAWOCKEEZ TIMELESS The masked dance crew is celebrating 10 years of performing on the Las Vegas Strip with a brand-new show that incorporates the group’s signature style and choreography with the ultimate pop music playlist. “Timeless” opens Friday night at the Jabbawockeez Theater at MGM Grand. March 6, info at mgmgrand.com.

TOM SEGURA The rising stand-up comedian you know from his Netflix specials, the “Your Mom’s House” podcast and the film “Instant Family” makes his debut at the Aces of Comedy series at the Mirage’s Terry Fator Theatre. March 6-7, info at mirage.com.

BRUNO MARS Speaking of Babyface, his engagement at the Mirage was spurred by a conversation with Park Theater resident headliner Bruno Mars. The mega-producer has been working on Mars’ new album and fans are excited about what the two R&B stars will create together. Bruno’s back at Park MGM for a quick weekend set and will return in April. March 6-7, info at mgmresorts.com.

FIRST LADIES OF DISCO Martha Wash of the Weather Girls and Black Box teams with Linda Clifford and Chic’s Norma Jean Wright to perform a special night of music at the Orleans Showroom. March 7, info at orleanscasino.com.

CHICAGO If you’re looking for some feel-good music on the Strip this week, look no further than the Venetian Theatre, where Chicago continues its mini-residency Friday and Saturday with three more shows this month as well. March 6-7, info at venetian.com.