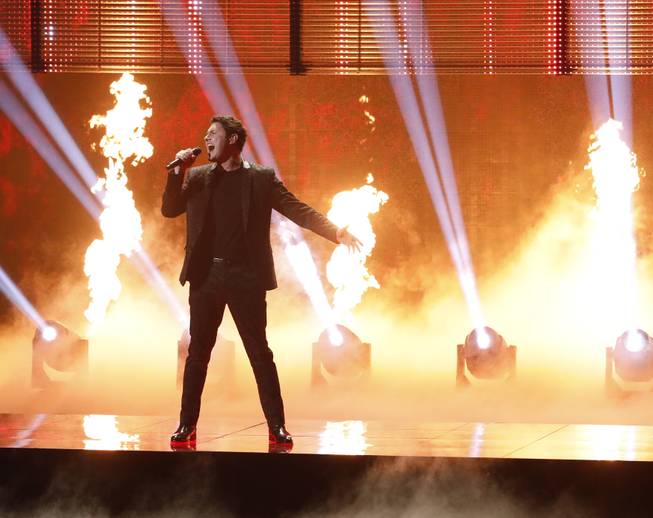 The biggest country sounds and the funniest stand-ups are coming to Las Vegas this weekend, but you can also catch opening night of a new show from a talented singer on the rise who grew up right here in Sin City.

GEORGE STRAIT The “Strait to Vegas” residency continues this weekend at T-Mobile Arena, where the country music superstar has been selling out shows since 2016 and will keep on rolling into its fifth year when recently announced concerts in early 2020. Grammy-nominated Arkansas singer and songwriter Ashley McBryde is the opening act this time around. August 23-24, info at t-mobilearena.com.

LADY ANTEBELLUM The hit-making trio of Charles Kelley, Dave Haywood and Hillary Scott wraps up its residency at the Pearl theater at the Palms this month, with the final show set for August 31. Catch them live in Las Vegas while you can. August 23-24, info at palms.com.

DANIEL EMMET Faith Lutheran High School graduate and “America’s Got Talent” finalist Daniel Emmet is comfortable performing at Cleopatra’s Barge at Caesars Palace thanks to a run in “The Cocktail Cabaret” in the classic casino lounge last year. On Sunday night, he opens his own limited engagement there, “All That I Am,” which continues August 26 and September 1, 6, 22 and 23, and should provide him the opportunity to showcase his incredible voice and pop-opera style. August 25, info at caesars.com.

PETE DAVIDSON “Saturday Night Live” rebel Pete Davidson makes his debut at the Mirage’s Aces of Comedy series Sunday night. He’s been expanding beyond his role as the youngest cast member on the late-night TV institution and recently appeared in the Mötley Crüe Netflix biopic “The Dirt,” but he hasn’t cooled off on the stand-up stage in the process. Expect some wild laughs and dark jokes at the Terry Fator Theatre to wrap the weekend. August 25, info at mirage.mgmresorts.com.