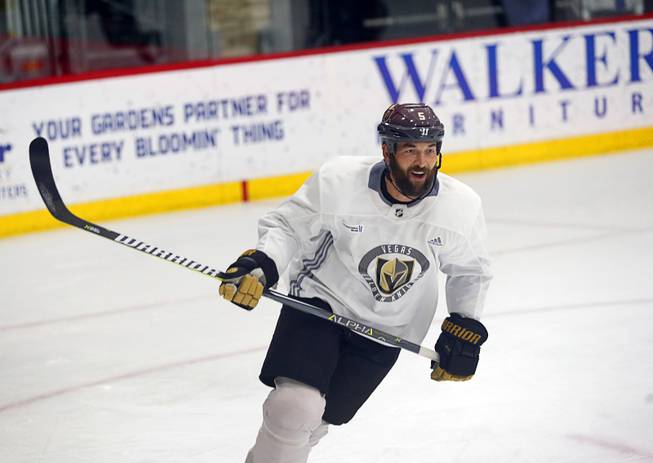 Mexican Independence Day weekend is here, the big Canelo Alvarez-Gennady Golovkin rematch fight at T-Mobile Arena Saturday is sold out and the Strip is going to be packed. Fight your way through the crowds to find the fun you need or explore some off-Strip entertainment options in the next three days.

VEGAS GOLDEN KNIGHTS The Knights opened training camp Thursday at City National Arena in Downtown Summerlin and all team practices are open to the public. Weekend practice sessions start at 10 a.m. Friday and Saturday and the first preseason game at T-Mobile Arena is set for 5 p.m. Sunday at T-Mobile Arena against Arizona. September 14-16, info at vegasgoldenknights.com.

SAN GENNARO FEAST The beloved local Italian food and culture festival returns for its 39th year, this time at Boulder Station. A wide variety of food vendors, arts and crafts, live music, carnival games and rides and family entertainment including a petting zoo round out the festival all weekend long. September 14-17, info at sangennarofeast.com.

LAS Vegas PHILHARMONIC The Phil opens its 2018-2019 season Saturday at Reynolds Hall by celebrating the 100th birthday of treasured American composer Leonard Bernstein, performing music from “West Side Story” and “Candide” among the selections. September 15, info at lvphil.org.

ALEJANDRO FERNANDEZ The international pop star’s annual Vegas appearance during Mexican Independence Day weekend is routinely one of the biggest concerts of the year. Expect all the ranchera and Latin pop you can handle from Saturday’s show, along with some new reggaeton fusion from his recent album “Rompiendo Fronteras.” September 15, info at mandalaybay.com.

KC AND THE SUNSHINE BAND WITH THE VILLAGE PEOPLE Palace Station is the one Station Casinos property that doesn’t typically offer an assortment of live entertainment but that changes on Saturday when disco-era icons KC and The Sunshine Band and the Village People perform to celebrate the casino’s recent renovations. September 15, info at stationcasinoslive.com.