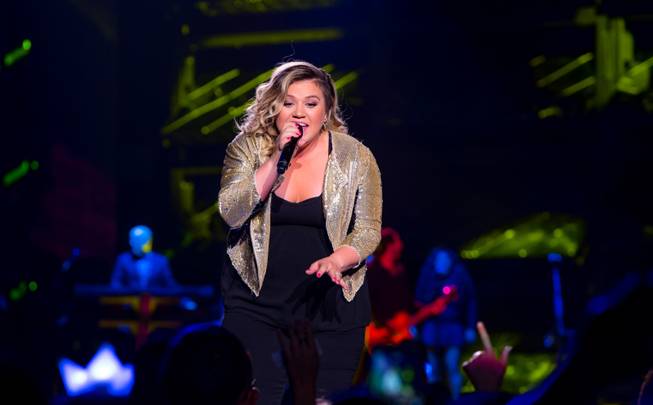 Memorial Day doesn’t just serve as the official entry to summer. It always brings one of the biggest holiday weekends to Las Vegas and that means it’s time to take in some big Vegas entertainment.

KELLY CLARKSON The pop-soul superstar and two-time host of the Billboard Music Awards in Las Vegas returns to the Strip to headline Sands Cares Inspire, an annual concert event that benefits local nonprofits with a focus this year on serving at-risk youth. Clarkson sings Friday night at the Venetian Theatre. May 24, info at venetian.com.

NEW KIDS ON THE BLOCK The Boston boy band sits on top of the bill of the Mixtape Tour, which also features Salt-N-Pepa, Tiffany, Debbie Gibson and Naughty by Nature and rolls through Mandalay Bay Events Center Saturday night. May 25, info at mgmresorts.com.

LAS Vegas ACES VS. LOS ANGELES SPARKS The season opener is set for Sunday at 5 p.m. at “the House” for A’ja Wilson and Kayla McBride, new Aces Liz Cambage, Sugar Rodgers and Jackie Young and coach Bill Laimbeer and it’s time to beat L.A. The WNBA is surging right now in terms of coverage and exposure and we can’t help but think that our Vegas team has something to do with it. Catch the excitement at Mandalay Bay Events Center this weekend. May 26, info at aces.wnba.com.

B2K Another popular boy band from another pop era is back together again and leading the summer Millennium Tour through MGM Grand Garden Arena Sunday. R&B foursome B2K stars with support from singers Pretty Ricky, Bobby V and Lloyd and rappers Chingy and the Ying Yang Twins. May 26, info at mgmgrand.com.