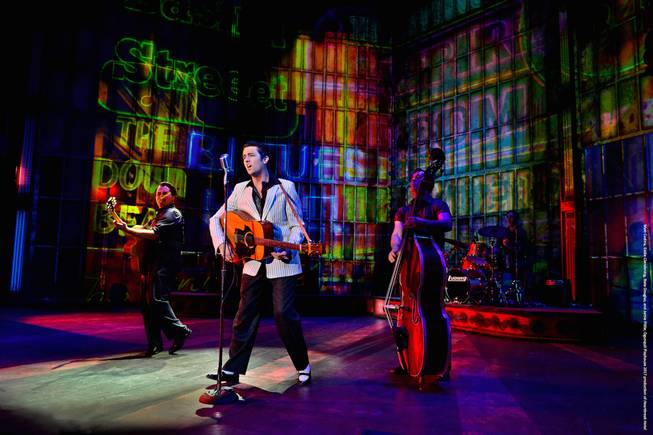 Iconic folk, upstart metal or the classic sounds of the King himself — these are just a few of the sounds you might hear on the Las Vegas Strip this weekend. You could also take advantage of the weather by visiting a favorite spring cultural festival at the Silverton casino.

ELVIS PRESLEY’S HEARTBREAK HOTEL IN CONCERT Based on an original stage musical and featuring a veteran cast of musicians and Broadway stars, this new concert-style production at Harrah’s Showroom tells the story of Elvis’ meteoric rise through his music and archival images provided by the King’s estate. April 19-21, info at caesars.com.

FALLING IN REVERSE Las Vegas-born singer Ronnie Radke (no relation, though I’m asked often) leads hardcore outfit Falling In Reverse to the stage at the House of Blues at Mandalay Bay Saturday night for a massive rock show that also includes New Years Day, From Ashes To New and Ice Nine Kills. April 20, info at houseofblues.com.

JAMES TAYLOR & HIS ALL-STAR BAND The folk-pop-rock singing and songwriting legend opened a rare run of 12 shows this week at the Colosseum at Caesars Palace and continues this career-spanning concert experience this weekend, in addition to performances on April 24, 26 and 27 and May 1, 3, 4, 8, 10 and 11. April 19-20, info at caesars.com.

THE PLAY THAT GOES WRONG “What would happen if Sherlock Holmes and Monty Python had an illegitimate Broadway baby?” It’s hard to resist that description of this award-winning murder-mystery comedy, the longest running play on Broadway. It continues through April 24 at the Smith Center’s Reynolds Hall. April 19-21, info at thesmithcenter.com.