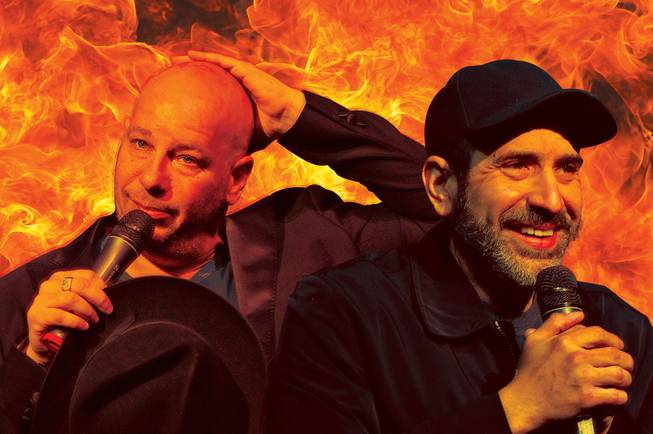 This is one of those big Vegas weekends stacked with superstars. Most significantly, Celine Dion is closing out her game-changing residency at the Colosseum at Caesars Palace with her final shows Friday and Saturday, but there’s also Lady Gaga at Park Theater, Christina Aguilera at Zappos Theater, Diana Ross at Encore Theater, Anita Baker at Venetian Theatre and Barry Manilow at the Westgate International Theater. If those major events are a little too major, consider these other options for music, comedy and fun in the next few days.

HERB ALPERT The legendary trumpet player and composer returns to the Smith Center this weekend with his Grammy-winning vocalist wife, Lani Hall, for two shows packed with greatest hits and backed by a rollicking band. Both shows are being taped for a future TV special. June 7-8, info at thesmithcenter.com.

JEFF ROSS & DAVE ATTELL They’ve been wreaking havoc on Comedy Central’s programming for years and doing the same onstage at the Mirage in recent months, bringing their own individual brands of irreverent hilarity to the Aces of Comedy series at the Terry Fator Theatre. Roastmaster supreme Jeff Ross and stand-up sorcerer Dave Attell are back on the Strip for two 10 p.m. shows this weekend. June 7-8, info at mirage.com.

CHRISTINA BIANCO You’ve seen this brilliant actress, singer and impressionist on “Ellen” and “The Today show,” or maybe on YouTube where one of her viral videos features a performance of “Total Eclipse of the Heart” as performed by 19 different singing stars. Bianco can sound like anyone, including many of those headliners playing the Strip Saturday night, and she’ll do it all onstage at The Space. June 8, info at thespacelv.com.