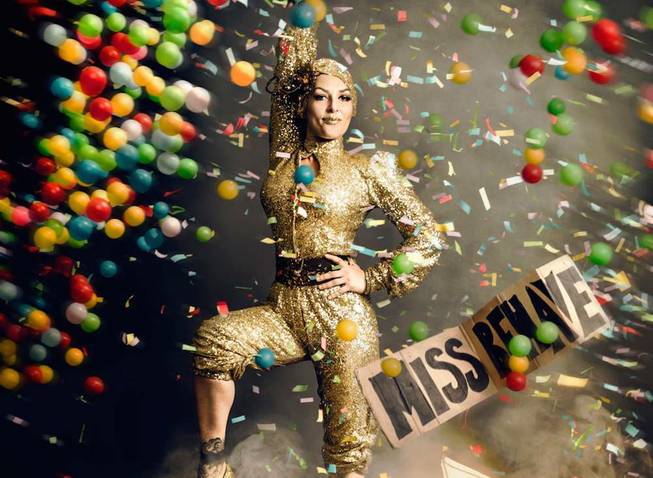 Miss Behave gets the audience involved.

Local sports fans are stuck in a strange spot with no hockey, no football and no basketball happening at this moment. But you can watch a few of our Las Vegas Aces compete in the Olympic Games, and you can head out to Summerlin Saturday to watch your favorite hockey and football players play softball for a good cause. There’s plenty of terrific music and at least a couple innovative shows worth checking in on this weekend, so scout these options and find some fun.

JUSTIN MOORE The Sunset Station Amphitheater is one of the most beloved summertime venues across the Las Vegas Valley and the outdoor music and fun is finally coming back this weekend with a concert from a country chart-topper. Moore just released his sixth album and will be ready to party. July 23, stationcasinoslive.com.

MISS BEHAVE GAMESHOW This quirky, fast-paced, very interactive show wrapped up its run at Bally’s on the Strip just before the pandemic struck. With plans to tour now on the backburner, it’s back in Las Vegas for a second weekend after selling out last week’s shows at downtown’s Majestic Repertory Theatre. Catch it while you can; you’ve definitely never seen anything like it. July 23-24, majesticrepertory.com.

CHRISTINE SHEBECK Friday and Saturday mark the grand opening of the Nevada Room in Commercial Center, a terrific old-school Vegas showroom where you don’t have to wade through a casino resort to find true talent and exceptional live entertainment. Singer Christine Shebeck commands the stage both nights with pianist Bill Zappia, joined by Naomi Mauro and Serena Henry Friday and Clint Holmes Saturday. July 23-24, vegasnevadarooms.com.

POTTED POTTER This family-friendly comedy show’s full name is “Potted Potter: The Unauthorized Harry Experience – A Parody by Dan and Jeff,” and it just reopened this week at the Magic Attic at Bally’s. You don’t have to be a Harry Potter expert to enjoy this rapid-fire fun, hitting the stage for afternoon and evening shows every day but Wednesday. July 23-25, caesars.com.

BATTLE FOR Vegas The second annual charity softball game hosted by Vegas Golden Knights winger Reilly Smith featuring other athletes and celebrities is set for the Las Vegas Ballpark in Downtown Summerlin Saturday and will raise money for the Knights Foundation, the Grant A Gift Autism Foundation and the Miracle League of Las Vegas. July 24, battleforvegas.com.