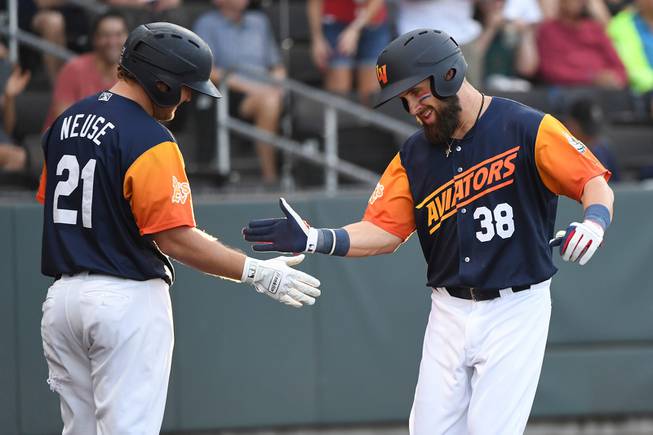 Labor Day weekend is going to be a hot one no matter where you set up in Las Vegas. Log some pool time during the day, then check out these diverse entertainment options in the evenings and make the holiday weekend last. You deserve it.

SHIN LIM The new master of close-up magic returns to his Las Vegas Strip home, the Terry Fator Theatre at the Mirage, where’s already sold out a series of 2019 shows. If you can’t catch Lim this time, he’ll be back in late September. Grab those tickets before he makes them disappear. August 30-September 1, info at mirage.mgmresorts.com.

LAS Vegas AVIATORS VS. TACOMA RAINIERS This weekend brings the final homestand of the regular season for the Aviators at the Las Vegas Ballpark in Downtown Summerlin as they host Tacoma at 7:05 p.m. Friday, Saturday and Sunday. There are fireworks planned for after Friday’s game and the series wraps up with a 12:05 p.m. game on the Monday holiday. August 30-September 1, info at milb.com.

BRIAN SETZER The Rockabilly Riot tour rolls into the Grand Events Center at Green Valley Ranch Resort Friday night, when the former Stray Cats and Brian Setzer Orchestra frontman will be center-stage with all the swing, jump blues and rock and roll you can handle. August 30, info at stationcasinoslive.com.

LAS Vegas ACES VS. LOS ANGELES SPARKS Saturday night is Fan Appreciation Night at the House, aka Mandalay Bay Events Center, when the Aces host L.A. in the final home game of the regular season. Don’t worry, the Aces have already clinched a playoff berth this year, but fans won’t want to miss this basketball party or the chance to help the team build momentum heading into the postseason. August 31, info at aces.wnba.com.

BRIAN WILSON & THE ZOMBIES Get ready for a night of ’60s music that won’t be duplicated any time soon when Brian Wilson brings fellow Beach Boys Al Jardine and Blondie Chaplin to the Joint at the Hard Rock Hotel, plus a supporting set from recent Rock and Roll Hall of Fame inductees the Zombies, featuring Rod Argent and Colin Blunstone. August 31, info at hardrockhotel.com.