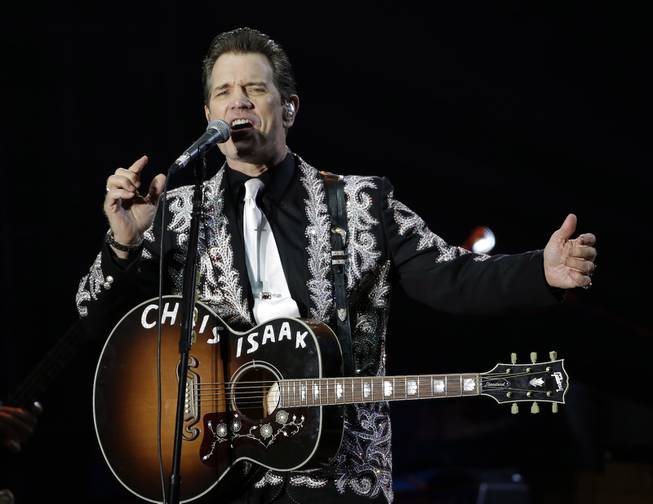 ‘Twas the weekend before Christmas and all through Las Vegas, not a creature was stirring … other than the superstar entertainers and top-ranked college athletes that are taking over the valley’s showrooms, theaters, arenas and stadiums in the next three days. Stuff your stocking with music, comedy and sports this weekend and have a happy and fun holiday season!

PAULA ABDUL The pop singer, dancer and choreographer will be celebrating the holiday season on the Las Vegas Strip as she continues her “Forever Your Girl” residency at the Flamingo Showroom through January 4. December 20-21, info at caesars.com.

CHRIS ISAAK The Chris Isaak Holiday Tour will feature classic Christmas tunes plus the biggest hits of the 1950s-styled singer and songwriter’s career. He’s also celebrating the 30th anniversary of his hit album “Heart-Shaped World” with his Encore Theater debut with two shows this weekend. December 20-21, info at wynnlasvegas.com.

LAS Vegas BOWL Saturday’s 28th Las Vegas Bowl, featuring Boise State vs. Washington, will be the final edition played at Sam Boyd Stadium, the nearly 50-year-old facility in the southeast portion of the valley. Next year the bowl moves to Allegiant Stadium just off the Strip, as will UNLV football, so it’s time to celebrate this local sports institution with one more big football party this weekend. December 21, lvbowl.com.

BILL BURR The veteran comedian who can currently be seen in “The Mandalorian” has already sold out two shows at the Chelsea at the Cosmopolitan this year and expects to do the same Saturday night. No wonder the Cosmo just announced an ongoing comedy residency with Burr over the next two years. December 21, info at cosmopolitanlasvegas.com.