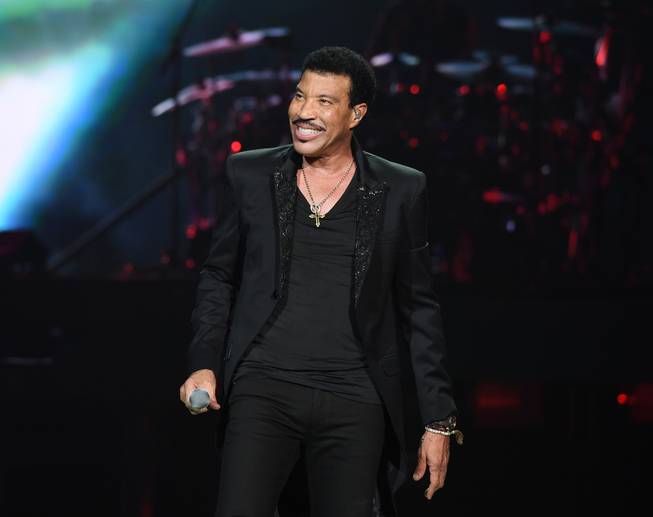 Lionel Richie is back on the Strip at Wynn this weekend.

There’s music for kids and music for grown-ups. There’s top-notch basketball and a perennial favorite fundraising party. It’s another weekend of diverse entertainment options on and off the Las Vegas Strip.

USA MEN’S NATIONAL BASKETBALL If two weekend home games for the Las Vegas Aces at Mandalay Bay aren’t enough hoops for you, hit T-Mobile Arena Friday night to catch an intrasquad exhibition game showcasing the USA Basketball men’s national team as it gets set to compete in the FIBA World Cup at the end of this month in China. August 9, info at t-mobilearena.com.

FEMMES OF ROCK Violinist and arranger Nina DiGregorio and her team of talented ladies have toured the world and thrilled varied audiences with their electric and orchestral renditions of favorite songs by AC/DC, Pink Floyd, David Bowie, Prince, Queen, Led Zeppelin, Jimi Hendrix and more. The Femmes of Rock close out their most recent run at the Westgate Cabaret this weekend. August 9-10, info at westgateresorts.com.

LIONEL RICHIE He’s been a musical mainstay on the Strip in recent years and now Lionel Richie takes his hits to Encore Theater for a two-night engagement that could turn into a recurring situation similar to shows by Diana Ross, Smokey Robinson and John Fogerty. August 9-10, info at wynnlasvegas.com.

AFAN BLACK & WHITE PARTY Aid for AIDS of Nevada is celebrating 35 years of serving the community in 2019 and that should make this weekend’s annual Black & White Party even more festive. Entertainers from “RuPaul’s Drag Race,” “Magic Mike Live,” “WOW,” “Tenors of Rock” and others are part of the lineup, and vendors bringing tasty snacks and drinks to the Joint at the Hard Rock Hotel include Dunkin Donuts, Pink Taco, Ambros Banana Whiskey and Tito’s Vodka. August 10, info at afanlv.org.