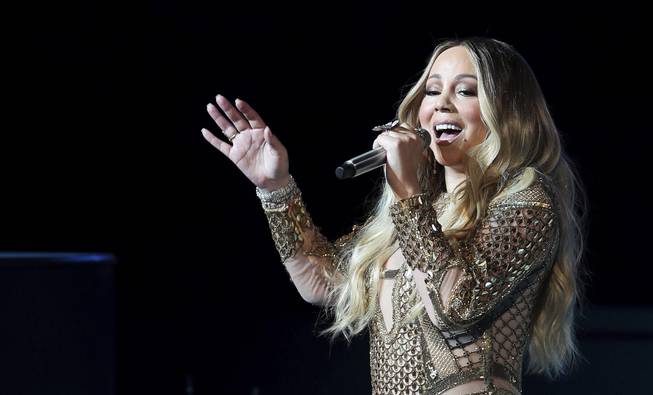 You’ve got an extra weekend to prepare for Thanksgiving and Black Friday this year. You should be spending that weekend in Las Vegas seeing an incredible show. Here are just a few of your options.

PAULY SHORE Magic, hypnosis and comedy shows have been part of the hidden gem Spare Room’s programming in recent months at Downtown Grand. On Friday, the new venue gets a big name when comedian and TV personality Pauly Shore performs a stand-up set. It should be a fun night of old-school Vegas blending with the new. November 22, info at downtowngrand.com.

LITTLE BROTHER North Carolina hip-hop duo Little Brother is an act beloved by other hip-hop artists; Phonte and Big Pooh are the rappers’ rappers. They just released their first album in nine years and they’re making a rare Vegas appearance Friday night at Brooklyn Bowl with support from FCCMG and Bobby J From Rockaway. November 22, info at brooklynbowl.com.

MARIAH CAREY Thanksgiving isn’t here yet but you’ve already heard “All I Want for Christmas is You” at the mall and on the radio. Admit it: the holiday spirit struck early this year. It’ll be easy to keep the Christmas vibes going strong when you see Mariah Carey’s over-the-top holiday show at the Colosseum at Caesars Palace, playing this weekend and again November 27, 29 and 30. November 22-23, info at caesars.com.

PAUL ANKA The pop music legend is back at the Smith Center this weekend singing his own classics as well as the most popular songs by his friend and collaborator Frank Sinatra. Read my interview with Paul Anka here after you get your tickets for Saturday night’s show. November 23, info at thesmithcenter.com.

AEROSMITH The bad boys of Boston are burning it up at Park Theater Sunday night and have four more dates on the Strip this year. This epic concert experience is a little bit different every time, so superfans will want to catch a show next year as well. November 24, info at parkmgm.com.