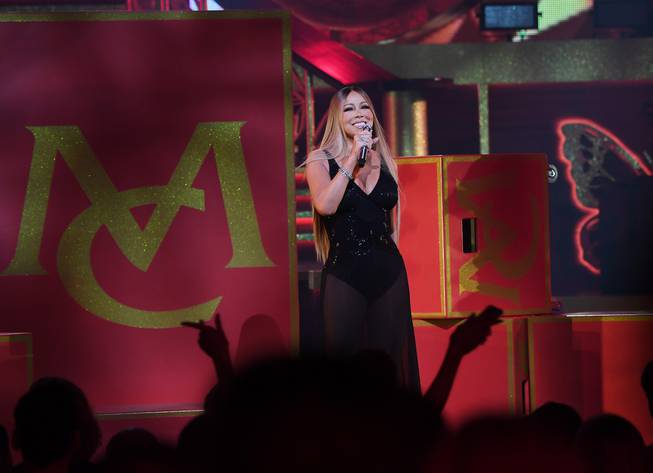 Mariah Carey is back at the Colosseum this weekend.

Illness has caused cancellations and rescheduled shows for a couple of big-name acts playing the Strip this week. The Doobie Brothers had to shut down February 14, 15 and 18 performances at the Venetian Theatre and have rescheduled those shows for November. And Gwen Stefani canceled four concerts including February 14, citing illness. She’s expected to resume her residency at Zappos Theater on February 15. Here are some other entertainment events to consider.

TAYLOR DAYNE The big voice behind ’80s hits “Tell It To My Heart” and “Love Will Lead You Back” returns to Las Vegas for a Valentine’s Day performance at the Silverton’s Veil Pavilion. Catch Dayne’s solo show now and see her again this summer when she performs with the Ladies of the 80s tour in July at Texas Station. February 14, info at silvertoncasino.com.

BARRY MANILOW “The Hits Come Home!” returns to the Westgate International Theater for the next two weekends, ostensibly giving Manilow a break from working on his new album, “Night Songs 2,” said to be a stripped-down set of just piano and vocals and some of the most beloved songs ever written. February 14-15, info at westgateresorts.com.

MARIAH CAREY The “Queen of Christmas” is playing the role of queen of hearts this weekend with “The Butterfly Returns,” the latest version of her ongoing residency at the Colosseum at Caesars Palace. Carey’s current dates only stretch to the end of the month but we expect more Colosseum shows to be announced soon. February 14-15, info at caesars.com.

ROB LOWE The ageless actor you know from so many TV shows and movies including “West Wing,” “Parks and Recreation” and “Behind the Candelabra” bring his one-man show “Stories I Only Tell My Friends” back for another round at Zappos Theater at the Planet Hollywood Resort on Saturday night. February 15, info at caesars.com.