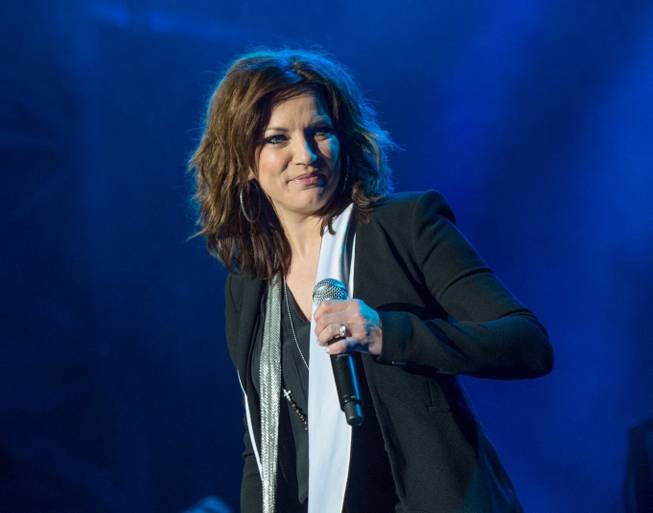 Catch Martina McBride at the M Resort on August 3.

The city’s newest sports team, the Vegas Rollers, wrapped up its inaugural season this week just shy of a spot in the playoff round of World Team Tennis, set for the Orleans Arena this weekend. You can get your local sports fix with the Las Vegas Aviators’ four-game home stand against Oklahoma City at the Las Vegas Ballpark all weekend long, or explore these comedy and music events coming up.

THE TERRY BRADSHAW show Speaking of funny football guys, the one and only Terry Bradshaw will be telling stories, singing songs and working the crowd at the Atrium Theatre at the Luxor this weekend. His show has a special Vegas bonus in two of the Strip’s top singers, Lorena Peril and Anne Martinez, doing back-up duties, so expect great music and plenty of fun. August 2-4, info at luxor.com.

PAT BENATAR & NEIL GIRALDO This iconic rock couple (they’ve been married 37 years) stops at Encore Theater for two shows as part of their 40th anniversary tour Friday and Saturday. Benatar sings the hits like “Love is a Battlefield,” “We Belong” and “We Live for Love” while Giraldo blazes on guitar. August 2-3, info at wynnlasvegas.com.

THE SOUL OF THE KING Westgate Las Vegas is celebrating 50 years as a legendary Las Vegas destination this month. Elvis Presley’s legacy remains tied to the property in a special way so it only makes sense to get the sounds of the King back onstage this weekend. Internationally renowned tribute artist Ted Torres Martin performs Friday and Saturday in the Westgate International Showroom with special guests the Sweet Inspirations. August 2-3, info at westgateresorts.com.