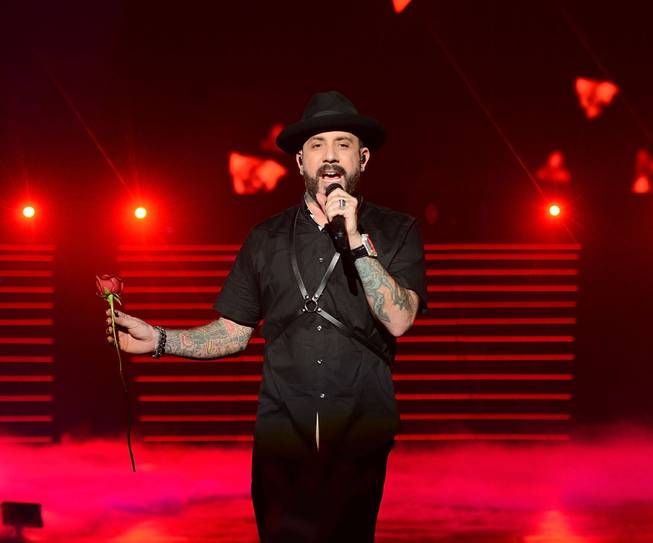 The Backstreet Boys’ AJ McLean is on the bill for this weekend’s “Music For Life” benefit at Westgate.

Some of the city’s most recognizable performers are coming back to entertain audiences once again while other visiting superstars are ready for a little Vegas stage time of their own. Here are some of the biggest and best live entertainment options for the weekend ahead.

FRANKIE MORENO He’s been busy recording and releasing a never-ending streak of iTunes smash hits during the pandemic but now one of Las Vegas’ favorite entertainers is ready to return to the stage. Frankie Moreno gets the party started at the Showroom at South Point all weekend long. June 4-6, southpointcasino.com.

LAS Vegas LIGHTS FC HOME OPENER You’ve been rooting for the Golden Knights and the Aces and now you can catch our very own soccer squad hosting the Tacoma Defiance at Cashman Field Saturday at 7:30 p.m. June 5, lasvegaslightsfc.com.

MUSIC FOR LIFE David and Jackie Siegel, owners of Westgate Las Vegas, will host “An Evening to Save Lives: Music for Life” on Saturday at the resort’s International Theater, one of the most iconic rooms in Las Vegas. Jeff Timmons of 98 Degrees will emcee and perform, joined by AJ McLean of the Backstreet Boys, Chris Kirkpatrick of NSYNC, Chris Blue of “The Voice,” and the Westgate’s own “Soul of Motown” show cast. All proceeds from this special night of music will benefit the Victoria’s Voice Foundation and its mission to end the national opioid crisis. June 5, victoriasvoice.foundation.

BOBBY BROOKS WILSON The son of the legendary Jackie Wilson, Bobby Brooks Wilson will be singing some of his dad’s classics as well as his own ‘50s and ‘60s influenced soul and rock and roll songs at the Italian American Club’s Sunday buffet dinner show. June 6, iacvegas.com.