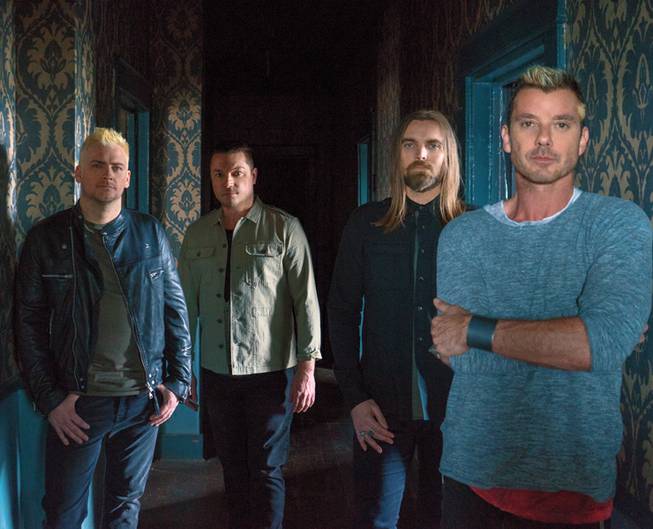 Bush performs at the Foundry at SLS on June 2.

Whether you’re in the mood for country, alt-rock, hard rock or classic rock this weekend, Vegas has you covered across the musical spectrum. Plus, one of the biggest entertainment events of the month continues downtown this weekend as the Smith Center hosts a new production of The Phantom of the Opera.

THE PHANTOM OF THE OPERA This reinvention of Andrew Lloyd Webber’s legendary production — assembled by Matthew Bourne and Cameron Mackintosh with design by Paul Brown, costumes by Maria Björnson, choreography by Scott Ambler and stage direction by Laurence Connor, visiting Las Vegas at the Smith Center’s Reynolds Hall — has been hailed as a Phantom for the next generation. The classic score will be performed by a cast and orchestra of 52, and those who caught the previously beloved Vegas version at the Venetian won’t be disappointed by the special effects here, including the climactic chandelier drop. June 2-4 and 6-11, info at 702-749-2000 or thesmithcenter.com.

BUSH The revamped space known as the Foundry at the recently sold SLS Las Vegas has gone a very specific route lately, booking smooth jazz concerts to complement its resident comedy show from Saturday Night Live duo Jon Lovitz and Dana Carvey. But there’s at least one legit rock concert left for this room, as Gavin Rossdale and his cohorts in Bush make good on their rescheduled gig from November. It’s a cool space to see a show, if you haven’t visited yet. And: free parking, still. June 2, 702-761-7617 or foundrylv.com.

JUNEFEST 2017 Classic rock radio champion KKLZ celebrates with this annual outdoor fest at the Sunset Station Amphitheater, headlined this year by REO Speedwagon (“Can’t Fight This Feeling” and “Keep On Loving You”). Also in the mix for the Saturday concert are former Eagles lead guitarist Don Felder and Martha Davis & the Motels. June 3, info at or stationcasinosevents.com.

SCARS & STRIPES The Downtown Las Vegas Events Center, located behind the D Hotel & Casino just off Fremont Street, is the new Vegas home for all sorts of traveling and one-off music festivals. Later this summer, a rap fest, a local radio rock fest and ’80s and ’90s dance parties are headed to the DLVEC, and on Saturday, Mississippi-born rockers 3 Doors Down (“Kryptonite” and “Be Like That”) headline Scars & Stripes with support from Asking Alexandria, Hellyeah, Pop Evil and 13 other rock acts. June 3, info at 800-745-3000 or dlvec.com.