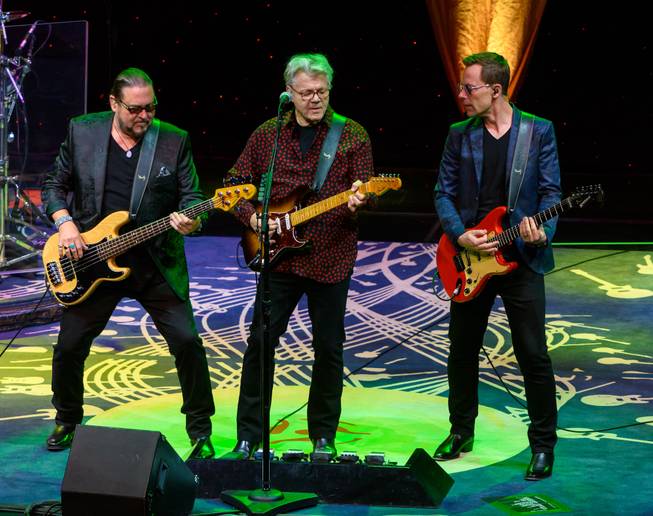 The Steve Miller Band is coming back for more at Encore Theater this weekend.

There’s classic rock and superlative comedy on the slate for this weekend on and off the Strip. Dig into these entertainment offerings and enjoy the festive fall fun.

STEVE MILLER BAND Rock and Roll Hall of Famer Steve Miller made his Wynn Las Vegas debut Wednesday night and rolled out all the hits, from “The Joker” to “Fly Like an Eagle” to “Take the Money and Run.” He’s back for two more shows at Encore Theater this weekend. October 4-5, info at wynnlasvegas.com.

BILLY IDOL The massive renovation at the Palms is finally finished. If you’ve been making a checklist of the new dining and entertainment options you need to check out at the restyled resort, don’t forget to return to the Pearl Theater to catch a concert. Eighties punk legend Billy Idol is back in the beloved room this month. October 4-5, info at palms.com.

STEVE MARTIN & MARTIN SHORT The new show name for this hilarious pairing at the Colosseum at Caesars Palace is “Now You See Them, Soon You Won’t,” a tease for the sometimes dark, always great humor you’ll absorb from two big and small-screen comedy giants. Special musical guest stars for Sunday’s show include Paul Shaffer, Della Mae and Alison Brown. October 6, info at caesars.com.

AEROSMITH The Boston rockers returned to the “Deuces Are Wild” residency at Park Theater at Park MGM on Tuesday and have a slate of two more October shows and nine concerts in November and December to close out the first year of their Las Vegas romp. October 6, info at mgmresorts.com.