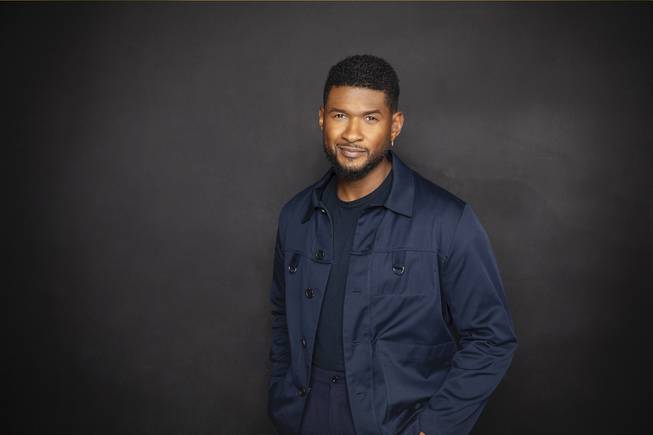 Don’t expect Usher to be this understated when he takes the stage at the Colosseum.

There are sports, music and comedy options happening in Las Vegas every weekend, but there are some rare entertainment events happening on the Strip and downtown in the next three days. Make sure you don’t miss something special.

USHER The newest Strip headliner gave VIPs and superfans a preview of high-energy residency production show at the Colosseum at Caesars Palace Wednesday night. The official opening is Friday night and if you can’t make it to reconnect with Usher and all his hits this weekend, he has plenty more dates into August and again for New Year’s Eve. July 16-17, caesars.com.

BILL MAHER The comedian and political commentator behind HBO’s “Real Time” hasn’t stopped being opinionated and controversial through last year’s polarized political landscape and global pandemic. Now he’s ready to back on the stand-up stage at his Vegas headquarters, the Aces of Comedy series at the Mirage. Expect some fire and fun. July 16-17, mirage.com.

NATE BARGATZE Encore Theater at Wynn has recently become home to a new generation of buzzy comics, and next up is this Tennessee native known for his clean, down-to-earth approach to comedy. Another Wynn star, Jim Gaffigan, has called Nate Bargatze one of his favorites, so keep your eyes on this guy. July 17-18, wynnlasvegas.com.