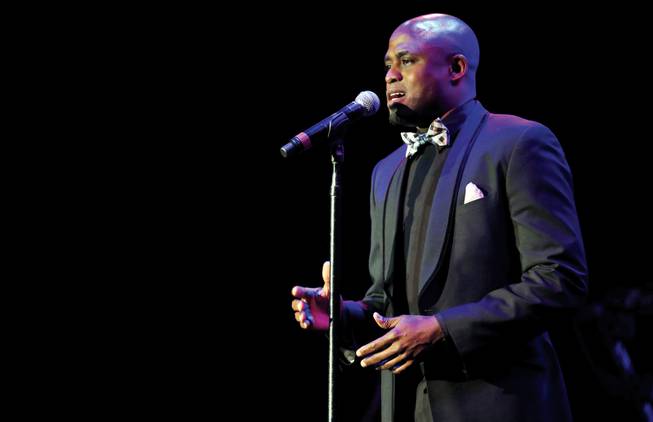 A wildly versatile entertainment lineup awaits audiences for this weekend before Thanksgiving, stocked with unique comedy, different sounds and the proper launch of the Las Vegas Philharmonic’s comeback season at the Smith Center downtown. Find the right fit and enjoy.

BILL BURR With a distinctive onstage style and buzz-building appearances in edgy movies and TV shows, Bill Burr has risen to comedy prominence in recent years and he’s been performing repeatedly at the Chelsea at the Cosmopolitan during that time as well. He’s back for two more laugh-filled sets this weekend. November 19-20, cosmopolitanlasvegas.com.

WAYNE BRADY The recent recipient of the Vanguard Award at the annual Ebony Power 100 Gala in Los Angeles, the multi-talented Wayne Brady takes his turn at the Aces of Comedy series at the Mirage Theatre this weekend with two 10 p.m. performances. Expect a more musical show than what you typically get from these headlining stand-up shows at center Strip. November 19-20, mirage.com.

LAS Vegas PHILHARMONIC’S BEETHOVEN TRIPLE CONCERTO The Phil kicks off its season-long celebration of Beethoven’s 250th birthday at Reynolds Hall at the Smith Center Saturday. On the docket: Leonore Overture No. 3; Concerto for Violin, Cello and Piano; and Symphony No. 1; as well as Mazzoli’s “These Worlds In Us.” November 20, lvphil.org.

SILVERSTEIN On Sunday, Canadian rock outfit Silverstein continues its 20th anniversary tour with a stop at Brooklyn Bowl at the Linq Promenade, complete with support from The Plot in You and Can’t Swim. November 21, brooklynbowl.com.