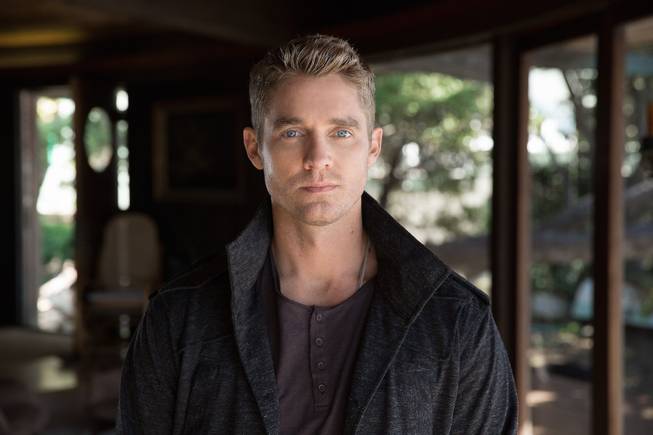 Rising country star Brett Young is touring behind his second studio album, “Ticket to L.A.,” and its hot single “Here Tonight.” When he returns to Las Vegas this weekend, he’ll be co-headlining with one of his musical mentors and an artist who inspired him to pursue singing and songwriting when his sports career ended: Gavin DeGraw.

I spoke with Young all about this special Hard Rock Hotel gig, his love of Las Vegas and some of his other collaborators from the new record.

You’ve been a frequent Vegas visitor since your debut album arrived two years ago and you grew up in Southern California. Have you always been a Vegas guy? Yeah. Even before I was making music, it was one of my favorite things to do, whether I was coming for high school basketball tournaments or I was turning 21 and it was a last-minute decision with my boys to drive in for the weekend. One of my best friends in college lived there for some stretches and I spent a ton of time there, and now, the country fans in Vegas are so fantastic. People are willing to make it a destination and come from all over for country music in Las Vegas.

What was your approach in writing your second studio album, which just came out in December? It was interesting. It was more of just letting those songs happen organically rather than working toward any one concept, just getting into a room and being honest with where you’re at that day. I didn’t want to do any kind of themed record. The first record was so accurate and honest with where I was in life and those songs are mostly slow and sad. I wanted this to be as clear a representation of where I am now, which is happy and in a different place. If you’re going to let your fans get to know you through your music, the only way is to write from the heart and be transparent.

You wrote “Here Tonight” with Charles Kelly from Lady Antebellum, who just opened a Las Vegas residency with his band. I spent most of 2017 on tour with Lady A and brought some other writers out on the road with me. Charles saw us working at lunch one day and just walked up and was like, “You guys writing this weekend? I really want to write.” We’re all fans of his so it was an easy decision, and I wrote with him that whole weekend. That was kind of the kickoff, opening the door to writing as much as I wanted on that trip.

You did some writing for the new album with Gavin DeGraw, who jumped on your Vegas show. How long have you been friends? It started with me being the ultimate fangirl. When I found his first record in 2003, for the next 12 months I went to 13 shows. I traveled as far as Hawaii. I was in a place where baseball had been taken off the table for me and I fell into music really hard. His songwriting made me think I wanted to write songs and I followed him around for inspiration and just to feel something, because music had always done that for me. We happened to run into each other after a few shows and became buddies.

When I made my first EP, he spent a half hour talking to me and giving me all the advice he didn’t have to spend time giving me, and I’ve been bouncing things off him ever since. When he said yes [to writing a song together] I was over the moon, and when he said yes to making it a duet I couldn’t believe it. And the Joint is such a big room and a great room, I thought if I’m going to do this at a West Coast show, this is the one to put Gavin on.