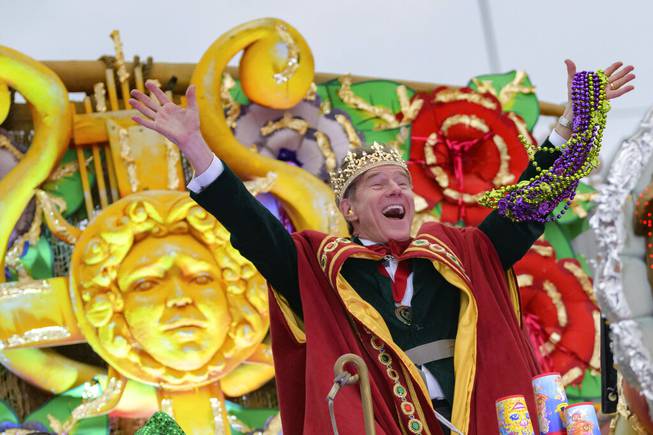 Actor Bryan Cranston waves beads as he acts as the celebrity monarch of the Krewe of Orpheus along the Uptown parade route during Mardi Gras celebrations in New Orleans, Monday, Feb. 24, 2020.

LOS ANGELES — Actor Bryan Cranston said he contracted and recovered from COVID-19 and has donated his plasma because it contains antibodies.

The actor best known for playing Walter White on AMC’s “Breaking Bad” made the announcement in a video posted to Instagram on Thursday.

Cranston, 64, did not say exactly when he got infected with the new coronavirus, but indicated that it was “quite early on” in the pandemic. He had mild symptoms including a slight headache, tightness in his chest and loss of taste and smell, according to the post.

“I was pretty strict in adhering to the protocols and still … I contracted the virus,” he wrote.

Cranston recorded himself inside UCLA Blood & Platelet Center in Los Angeles making the plasma donation. He said the process took about an hour, during which he watched “A Face in the Crowd” starring Andy Griffith and Patricia Neal.

Cranston urged his followers to wear a mask, wash their hands and practice social distancing.