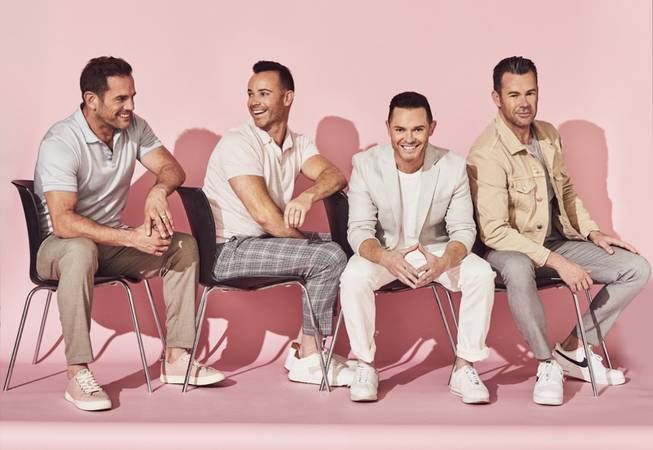 Aussie quartet Human Nature is approaching Vegas institution status as the harmonious group recently marked a decade performing on the Strip. Toby Allen, Phil Burton, Andrew Tierney and Mike Tierney have called the Sands Showroom at the Venetian their American home for more than six years and also recently extended their deal there into 2022.

Burton, the group’s energetic engine onstage, talks about Human Nature’s longevity and the process of creating and maintaining its Vegas show in the latest episode of the Sun on the Strip podcast.

He also talks about the special relationship between Vegas and Australia and why his fellow performers from down under seem to thrive.

“I think Australians are just very confident when it comes to getting out there in the world and doing their thing, and I don’t even know if Australians realize they are that way themselves,” Burton says. “In the entertainment industry as a whole, Australians really do punch above their weight. When we started in Vegas, we had a pretty long and successful career in Australia and felt it was time for a change, and we just gave it a go. We never really thought about what it would be like if we failed because at least we would have given it a shot.”

Human Nature released new single “Nobody Just Like You” earlier this year and has plans to unleash a lot more music throughout the year. Burton and his mates are hoping to incorporate those fresh, original sounds into the Venetian show as soon as possible to present another dimension of the group’s abilities to its mostly American audience on the Strip.

“It will help us show we’re not just a tribute act doing the songs of Motown and from the ’50s and ’60s. There’s a deep pile of original music from Human Nature,” he says. “We’re excited about doing that, a little nervous, but we’ll give it a shot.”