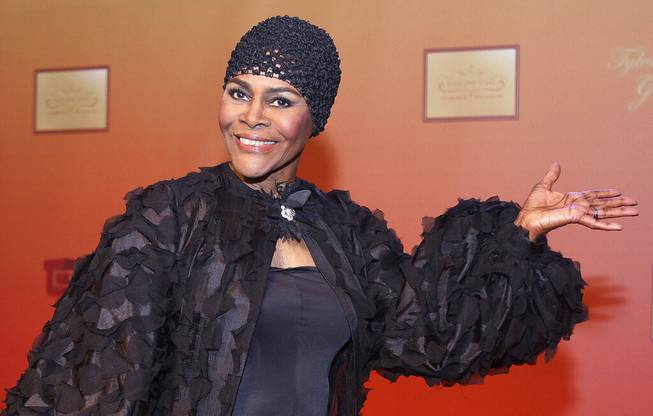 Actress Cicely Tyson arrives at the unveiling of director and producer Tyler Perry’s new motion picture and television studio in Atlanta on Oct. 4, 2008.

LOS ANGELES — Cicely Tyson was a Black actor who knocked down doors so other women of color could walk through them.

With dignified grace, Tyson strategically selected powerful roles with an intent to elevate the perception of Black actors in films such as “Sounder” and on TV with “The Autobiography of Miss Jane Pittman.” She strived to shatter stereotypes and inspired many Black actresses along the way to follow her footsteps. A younger generation of Black actors — Viola Davis, Kerry Washington and Zendaya among them — all paid homage to Tyson after learning of her death at age 96 on Thursday.

Davis said Tyson made her feel “valued in a world where there is still a cloak of invisibility for us dark chocolate girls.” Washington felt Tyson was a “foretaste of glory,” while Zendaya, who made Emmy history last year as the youngest lead drama actress winner, called the actor “one of the greatest to ever do it.”

“Thank you for kicking doors down for girls like me,” actor Tika Sumpter said.

Tyson’s death was announced by her family, via her manager Larry Thompson, who did not immediately provide additional details. The actor’s passing comes just a few days after the release of her memoir “Just As I Am.”

A onetime model, Tyson began her screen career with bit parts but gained fame in the early 1970s when Black women were finally starting to get starring roles. Tyson refused to take parts simply for the paycheck, remaining choosey.

Tyson desired to get away from the negative portrayals of Black women with the hopes of highlighting them with powerful prestige.

“Cicely decided early on that her work as an actor would be more than a job,” Oprah Winfrey said in a statement. “She used her career to illuminate the humanity in Black people. The roles she played reflected her values; she never compromised. Her life so fully lived is a testimony to Greatness.”

Tyson earned an Oscar nomination for her role in “Sounder,” where she played a Depression-era loving wife of a sharecropper who is confined in jail for stealing a piece of meat for his family. She is forced to care for their children and attend to the crops.

In the 1974 television drama “The Autobiography of Miss Jane Pittman,” based on a novel by Ernest J. Gaines, Tyson is seen aging from a young woman in slavery to a 110-year-old who campaigned for the civil rights movement of the 1960s. In the touching climax, she laboriously walks up to a “whites only” water fountain and takes a drink as white officers look on.

That role in “Pittman” earned Tyson two Emmys. She also won a supporting actress Emmy in 1994 for her character in the “Oldest Living Confederate Widow Tells All.”

At the age of 88, Tyson won the Tony for best leading actress in a play for the revival of Horton Foote’s “The Trip to Bountiful.” The revival was the actor’s first time back on Broadway in three decades. She refused to turn meekly away when the teleprompter told her to wrap up her acceptance speech.

A new generation of moviegoers saw her in the 2011 hit “The Help.” More recently, she was seen on TV in a recurring role on “How to Get Away with Murder,” which starred Davis. And in roles in Tyler Perry films — ”Diary of a Mad Black Woman” and “Madea’s Family Reunion” —- her character gave sage advice on forgiveness and living with integrity.

“Often times the talent and success of Black girls and women are treated as gold in the pan —temporary and fleeting,” inauguration poet Amanda Gorman, 22, said in a written statement. “Tyson showed the world that the Black woman is more than a moment. We are legends, myths in our own right.”

“More than just an actor, she reframed the identity of what it meant to be Black and human on the screen, with special attention devoted to Black women,” Robertson said. He went on to say that Tyson “became a vessel through which all the dignity of who she was as a Black person, a Black woman, could flow.”

Tyson’s fame transcended all media. Prominent figures from two former presidents, Barack Obama and Bill Clinton, and those from across the worlds of Hollywood, Broadway and professional sports showed their appreciation of Tyson, with many of them praising her careful approach to her career and activism. Obama awarded Tyson the Medal of Freedom in 2016.

Whenever Tyson made an appearance, she drew praise — even in the most common places.

“While shooting a doc on her in Spanish Harlem, people kept stopping their cars! In the street! To hop out and say hi!” recalled Soledad O’Brien on Twitter. “Old people. Teenagers. Middle aged fans. ‘Ciss-el-lee’ they’d chant as she’d walk by!”

Actor-comedian-writer Robin Thede hoped Tyson was one of those legends that the world would have forever. She called it a “silly dream but you dreamt it anyway.”

Like many, former First Lady Michelle Obama acknowledged that she will miss Tyson’s presence, but she will smile “knowing how many people she inspired, just like me, to walk a little taller, speak a little more freely, and live a little bit more like God intended.”