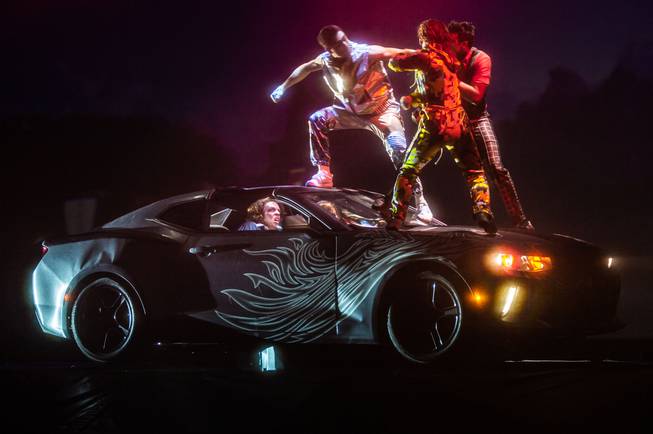 Cirque du Soleil announced late Thursday that its newest resident show in Las Vegas, the experimental action-thriller “R.U.N” at Luxor, will permanently close on March 8. It opened October 24 in the 1,500-plus-seat theater on the casino floor and has been performed twice a night for much of the past four months.

“’R.U.N’ was the collaboration of an extraordinary group of creators, artists and crew members; however, the production ultimately did not find an audience that could support it and we’ve made the difficult decision to close,” said Eric Grilly, senior vice president of Cirque’s Resident Shows Division, in the announcement. “After carefully considering multiple creative options to enhance the production, we determined the time and resources necessary to implement those changes proved to be too big to overcome.”

The 75-minute show opened to mixed reviews and was marketed in a completely different way than other successful Cirque productions on the Las Vegas Strip. “R.U.N” is a stunt-based show inspired by blockbuster action movies and comic-book graphic novels, and features plenty of video projection, motorcycle jumps and pyrotechnics and even a few four-letter words and freakshow-style shock performers. Its linear narrative also distinguishes it from the more dream-like Cirque shows audiences are familiar with, productions such as “O” and “Mystére.”

“R.U.N” marketing materials attempted to describe its different direction and reset expectations, stressing that circus-style acrobatics are not part of the show and a rock-and-roll soundtrack replaces the traditional ethereal music in the company’s creations.

“As the world’s leading live entertainment company, creative risks are inherent in everything we do,” said Yasmine Khalil, chief executive producer for Cirque du Soleil, in the announcement. “With ‘R.U.N,’ we pushed beyond the boundaries of our own DNA and brand to create a unique emotional and compelling form of entertainment. Unfortunately, the fan response was not what we had hoped for.

“Since its beginnings, Cirque du Soleil has constantly provoked the senses and emotions of audiences worldwide with its avant-garde and visionary approach to live entertainment. We will continue to be audacious as we seek out opportunities to create original content and formats.”

Grilly also said the company is appreciative of its partnership with MGM Resorts International and is looking “forward to many more collaborations.” Cirque runs five shows at MGM properties and one (“Mystére”) at Treasure Island.

The announcement did not include information regarding what could replace “R.U.N” at the Luxor’s largest showroom, but the upcoming One Night for One Drop fundraising event recently shifted its programming from a special presentation of “R.U.N” to the debut of “The Illusionists” in the same theater on March 27. “The Illusionists” is a magic-based show created by The Works Entertainment, a company that was acquired by Cirque du Soleil last year.

If “The Illusionists” ends up as Luxor’s new resident show, it would follow in the footsteps of the theater’s previous occupant, Criss Angel. The renowned illusionist opened his collaboration with Cirque, “Believe,” in 2008 and ran for 10 years at Luxor, though Angel eventually evolved the show into a different version called “Mindfreak.” Angel’s latest production opened at the Planet Hollywood Resort in December 2018.

Guests holding tickets for “R.U.N” past March 8 will be refunded at the original point of purchase. For more information, call 702-352-0143.