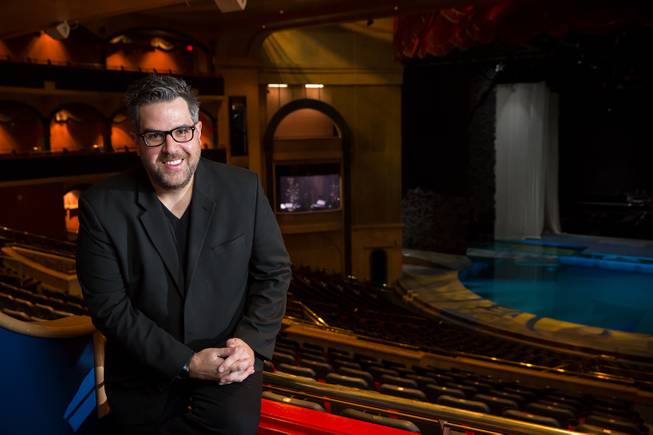 It’s an incredibly busy time for Cirque du Soleil, the Montreal-based live entertainment giant that has redefined Las Vegas shows over the past 25 years. It maintains seven of the most popular and successful productions on the Strip and is currently gearing up to expand the performance schedule for “O” at Bellagio to seven nights per week.

And then there’s “R.U.N,” Cirque’s first live-action thriller, a brand-new concept and production set to open October 24 at Luxor. It’s being described as an entirely different direction for a brand that’s built its reputation on avant-garde, circus-style shows like “Mystére” and “KÁ.” There are no acrobats or clowns in “R.U.N,” which is designed like a blockbuster Hollywood action film that comes to life onstage.

“It’s a lot right now, but it’s awesome,” says Lou D’Angeli, vice president of marketing and public relations for Cirque’s resident shows division. “Every show that’s in the market right now is having a good year. That doesn’t mean we take our eye off them at all, but we have a team dedicated to launching the new show. It’s the first show in six years we’ve launched here and it’s our No. 1 priority. And it’s re-energized us. Our shows are fantastic and I come to work every day excited to be there, but when you have a new project like this, everybody gets amped up.”

Everyone at Cirque is busy these days, but D’Angeli is at the forefront when it comes to introducing “R.U.N” to the world while simultaneously growing the audience for other shows that have been entertaining Las Vegas for a long time.

He started with Cirque and came to Vegas in 2009, moving his family from Philadelphia where he had worked with Comcast Spectacor (which owns the Wells Fargo Center, the NHL’s Flyers and at that time owned the NBA’s 76ers) and then with World Wrestling Entertainment. He broke through with WWE after success with a smaller regional offshoot, Extreme Championship Wrestling, where he managed routing, sales and marketing and even got some time in the spotlight as a somewhat villainous wrestling manager character, known as Sign Guy Dudley and Lou E. Dangerously.

D’Angeli says he and his family quickly fell in love with Las Vegas and the lessons he learned with the dominant WWE entertainment brand were easily applied to his new career with Cirque du Soleil.

“When I worked at the arena in Philadelphia, I remember people coming downstairs and talking about this crazy tent show down the street, like it was the craziest thing they’ve ever seen,” he says. “That was my first exposure to Cirque. No one could describe it. It’s just so trendsetting and revolutionary in creating live events and the WWE was the same mentality.

“So when I got to Cirque my challenge was to bring some of those old-school, boots-to-the-ground ticket sales tactics, more of a grassroots marketing approach, and we did that and have done that and we still do. When you think about people going up and down the Strip, instead of seeing a truck with a show logo, it’s a truck with a logo and a video screen and somebody moving around and music and smoke. It’s a spectacle, and that’s just a truck on the Strip, not even the show. Being in Vegas makes you think like that, what can you do to amplify everything.”

A lifelong hockey fan, D’Angeli was instrumental in Cirque’s unique partnership with the Vegas Golden Knights, which started before the city’s NHL team dropped the puck for its first game. He’s looking to expand on that kind of innovative partnership with other familiar sports and entertainment brands with “R.U.N,” which is so different from other Cirque shows that it could create new collaborative opportunities.

“We have been able to secure a bunch of stuff that we couldn’t do before because it didn’t make sense,” he says. “You can force partnerships and promotions but people can see if it’s not authentic. What we did with VGK brought a lot of life to how partnerships can be executed and the NHL caught wind of it fast and we were able to do things with them, too. The next challenge is replicating that impact.”

The action movie style of “R.U.N” should be a good fit with big-name brands like WWE or UFC, but as always, the onstage product must deliver. And the expectations of anything done by Cirque du Soleil are understandably high.

“The pressure is there now because we have to sell tickets and market a show that’s very different but completely necessary,” D’Angeli says. “For our brand to evolve, these moves are necessary. For us to find a new audience and create new partnerships, moves like this are necessary but also exciting and scary at the same time. You don’t really know until you know. But I know that the show is amazing.”