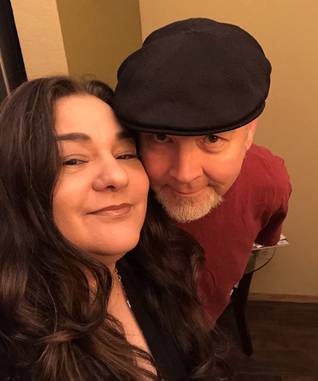 Nancy Ryan and John Bizarre are ready to make you laugh.

Performing live stand-up comedy in the middle of a sexy burlesque show on the Las Vegas Strip is not the same as grabbing the mic and captivating the audience at your average comedy club. Just ask husband and wife John Bizarre and Nancy Ryan, two veteran comedians who have been handling this unique role for years.

“I started in comedy 29 years ago and one of the first things you [learn] is you have 15 seconds to get your first laugh to really get your audience,” Ryan says in this week’s episode of the Sun on the Strip. “In a burlesque show, you have about five seconds. That’s no lie. It’s got to be, boom. When we walk out, we have a lot of things against us … because they just got done watching these gorgeous women, these incredible athletes, and here we come. The only thing you have is that mouthpiece, the charm.”

Ryan has been bringing her own unique sense of humor to the long-running “X Burlesque” show at the Flamingo for 13 years. Bizarre has been doing the same duty in sister show “X Country” at Harrah’s for five years, and he was onstage in “X Rocks” before that.

“X Country” was the first casino show to reopen during the pandemic, returning to the Harrah’s Cabaret in late October. “X Burlesque” was back on the Strip in January.

“We are really lucky because now we’re doing two shows a night, five nights a week, and I don’t know how many other people are doing that,” says Bizarre. “It’s great, slugging it out night after night. When we started, the [rules] backstage were so rigid. There were lines for me to walk this way and the girls to walk this way, and everything you touched, it was immediately, wash your hands. It feels free now.”

The couple first met at a comedy club in New Jersey and they’ve been together for 13 years, and married for 11. They have different styles onstage but one thing they have in common is the excitement to be back onstage entertaining Las Vegas audiences again.

“With the pandemic, something in you changes,” Ryan says. “You see all these people out of jobs and people who have no money or food, and all that angst we used to have onstage, that creative angst, it was gone. Now you’re living this other life of, how can I help? I felt like I became more compassionate, softer, so when we went back to shows almost a year later, it was almost like starting over.”