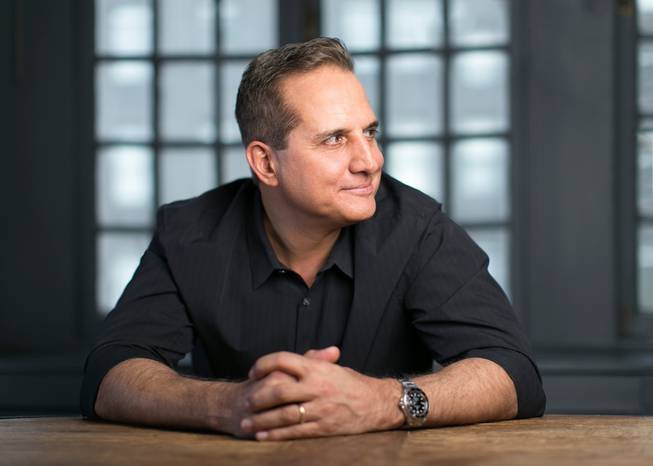 Nick Di Paolo reopens the Comedy Works at the Plaza next month. 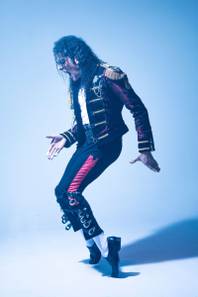 Jalles Franca returns as the King of Pop in “MJ Live” at the STRAT.

This column has shifted its schedule this week from every Thursday to every Friday at LasVegasSun.com and that means I missed last week’s announcement that “MJ Live,” the award-winning Michael Jackson tribute concert performed at the MJ Live Theater at the STRAT, is set to return on November 4. With rotating impersonators, a troupe of dancers and a live band, the show goes on at 7 p.m. Wednesday through Saturday. Tickets start at $57.50 at ticketmaster.com.

The Plaza is expecting a surge of new energy thanks to its new next-door neighbor on Fremont Street, Circa Resort & Casino, which opened its doors on Wednesday, and the downtown staple is reactivating its most recent entertainment success in order to capitalize. The Comedy Works will reopen at the Plaza on November 20 and 21 with stand-up star Nick Di Paolo hitting the stage, followed by Kevin Farley on December 4 and 5. The shows will once again take over the property’s classic and recently renovated casino showroom with ticket prices starting at $20. More information can be found at plazahotelcasino.com. With comedy headliners returning or clubs opened or reopening at Downtown Grand, the STRAT, Tropicana, Luxor and MGM Grand, Vegas laughs are back.

In case you missed it, check out my recap of Wednesday night’s reopening of “Absinthe” at Caesars Palace. While it was a successfully entertaining performance featuring several original cast members who hadn’t performed in the Spiegelworld hit show for some time, it was also the first small step toward what the company hopes to achieve in the Spiegeltent until pre-pandemic circumstances return to the Strip. The only things missing from the show’s comeback this week were the beautiful lights of the Absinthe Electric Oak, the LED tree that brings all the vibes to the courtyard bar space. “While I was in lockdown, some idiot named Penny watered the Absinthe Electric Oak,” explained the Gazillionaire, clearly targeting his sidekick Penny Pibbits. “I guess she didn’t get the memo that electric-powered trees don’t need water. So, while its leaves are recovering, I told her to do something about it.” The substitute solution is a veritable field of giant illuminated mushrooms created by Australian artist group Amigo & Amigo.

Big Vegas concert announcements are still a rarity but Live Nation dropped one this week: rising Mexican act Grupo Firme is set to play MGM Grand Garden Arena on September 10, 2021, celebrating Mexican Independence Day. Tickets are on sale today at axs.com. Lest you think that’s the only show on the calendar next fall at the Grand Garden, allow me to remind you that rescheduled concerts from Harry Styles and the Enrique Iglesias and Ricky Martin team-up are also on the docket for September.

When we last checked in with Vegas-born singer-songwriter Franky Perez, he had recently returned to the neon desert after the first stretch of his Crossing the Great Divide Tour, a makeshift run that saw him riding across the country on a Ducati motorcycle and performing songs from new album “Suddenly 44” at shuttered music venues, healthcare facilities and other locations. He’s on the road again for part two of this musical journey, starting from Miami and cycling through the South, and this time his trip will be captured on video more extensively with plans to create a full docu-series. Find Perez on Instagram to follow along.