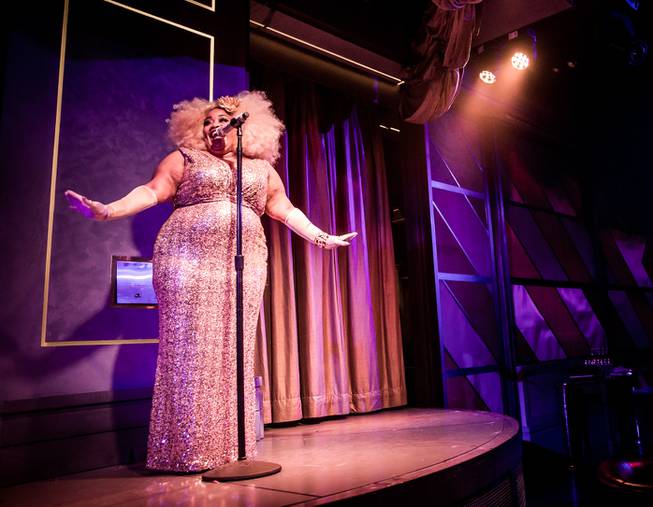 The Cosmopolitan has closed Rose.Rabbit.Lie. for good. The innovative and artful restaurant and live entertainment venue located near the resort’s Wicked Spoon Buffet (which reopened this week) managed to maintain operations through the summer and fall of 2020, closed in December when Vegas visitation dipped and safety restrictions intensified, and then reshuttered after a New Year’s Eve jolt.

In recent years, RRL was a stellar restaurant and its entertainment went far beyond the typical complementary music performance. But when it initially opened in January 2014, its entertainment anchor was Spiegelworld’s “Vegas Nocturne,” which unfolded into a truly unique hybrid experience that combined edgy Vegas variety show with dining and nightlife. Expect something closer to that when Spiegelworld reopens the space along with its neighboring show, “Opium,” in the months to come.

“We’ve been working over the last year or two to analyze if there’s a way of reunifying those [spaces] and tearing down the wall between them,” Spiegelworld founder Ross Mollison said yesterday from Australia, where he’s plotting new projects. “As we were working on those issues, it became obvious that the opportunities were greater there than separating them further.”

Looking back to 2014, Mollison said the concepts of the restaurant and the “Vegas Nocturne” show were ahead of their time. “They were just too ambitious … but it was also the most exciting thing I think we’ve built so far, ambitious and fantastic, and to have a chance to come back and re-imagine how to do it and make it a more exciting experience after all the different things we have been working on in that period, it’s going to be really fun.”

Spiegelworld’s other Strip shows are back, or on their way back. “Absinthe” reopened at Caesars Palace on March 17 and “Atomic Saloon show” is set to return to its theater at the Grand Canal Shoppes at Venetian on May 5. The plan is to hold off on reopening “Opium,” the space-themed comedy romp that first opened at the Cosmo in 2017, until some light construction and creative renovation can be completed at the RRL space to create a more cohesive environment for whatever the Spiegelworld crew can dream up next. Mollison said there’s no set date for this development. Expect excitement. 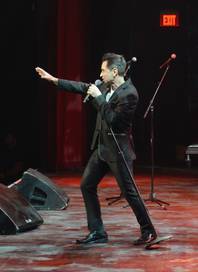 Travis Cloer performs during the second anniversary of “Mondays Dark” at the Joint on Monday, Dec. 14, 2015, in the Hard Rock Hotel.

Moving from the Strip to downtown Las Vegas, seminal Composers Showcase of Las Vegas has found a temporary home while waiting for the Smith Center to return to action in the fall and it’s staying downtown at Notoriety at Neonopolis. The next performance is set for March 31 at 7:30 p.m. with tickets for a limited live audience available for $26 at notorietylive.com; if you can’t get a couple, there’s a $20 livestream option. Musical master of ceremonies Keith Thompson will host a slate of original music performed by an incredible roster including Travis Cloer (“Jersey Boys”), Vita Corimbi Drew (“Menopause The Musical”), Jamie Hosmer (Santa Fe & the Fat City Horns), Chris Lash, Donte Miller, Sarah Hester Ross, Miles Schon and Michael Shapiro, Maren Wade, Tymara Walker, David Warner, Eric Jordan Young, Justin Young and Tom Schuman, Christine Hudman Pardy, Janien Valentine and David Villella. Find more info at thecomposersshowcase.com.

This weekend at Notoriety brings two R&B and pop sets from D Train, at 10 p.m. Friday and 6 p.m. Saturday, as well as the weekly performances from “Motown Extreme,” “Faaabulous! The show” on Fridays, “Four Funny Comics” every Saturday, the new “Totally Mental” with Vinny Grosso, and “M is for Magic” with David Goldrake. Elsewhere, Chris Jason sings Sinatra at the Italian American Club on Sunday; Savannah Smith plays the dinner shows at the Vegas Room Friday and Saturday while Rita Lim takes the stage for the Sunday brunch show; local jam band Thee Mess Arounds play the Space Saturday; Bucky Heard and John Wedemeyer continue their Friday and Saturday gig at the Bootlegger; Johnny Fortuno sings at the Chianti Italian restaurant Saturday; and the Sand Dollar Lounge offers Carlos Guerrero Friday and Chris Tofield Saturday.

Live entertainment is back at the El Cortez next month when singer Michael Nugent returns to the Parlour Bar Fridays and Saturdays at 6 p.m., starting on April 2.

Stoney’s Rockin’ Country at Town Square is also lighting the fires with country music headliners returning in April. Sam Grow plays April 2 and 3, Austin Burke stops in April 9 and 10, Carver Louis performs April 16 and 17, Tyler Braden takes over April 23 and 24 and Kameron Marlowe hits the stage April 30 and May 1. But first, live jazz lands at Stoney’s this weekend with the Jeff Hamilton Trio on Sunday at 2 p.m. and Monday at 5 p.m. Musicians from Las Vegas Academy’s jazz program will serve as the opening act.