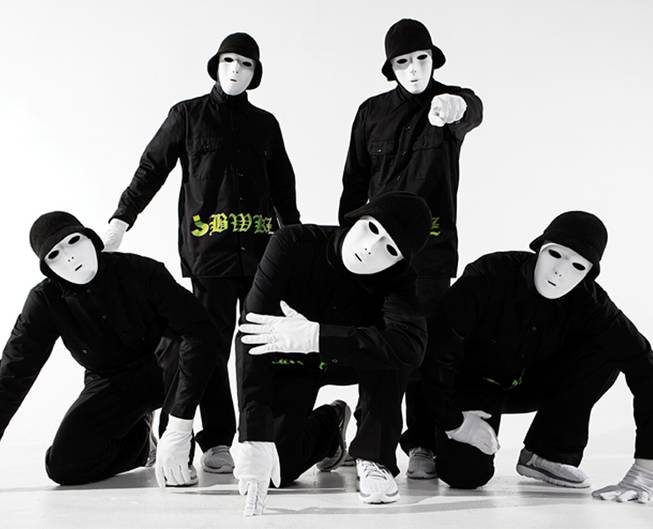 What does the governor’s announcement this week about the potential 100% opening of Las Vegas by June 1 mean for big Las Vegas Strip production shows? Producers and venue operators are working to figure that out.

After Tuesday’s announcement, Cirque du Soleil Entertainment Group President and CEO Daniel Lamarre responded via email: “We were pleased to hear about the new guidelines and are evaluating what they mean for our shows to reopen. We can’t wait to safely welcome our guests, artists, staff and crew back to our theaters in the near future.” Cirque officials had previously stated they were hoping to reopen flagship shows “O” at Bellagio and “Mystére” at Treasure Island as early as July. Considering all the complexities that go into shows like these, headlining musical residencies and other larger Strip productions, it might be unreasonable to expect loosening restrictions to accelerate their return.

One significant Strip venue that’s done playing the waiting game is the V Theater at the Miracle Mile Shops at the Planet Hollywood resort, which popped open quietly on April 2 and is now running six different shows. The V1 showroom holds “V – The Ultimate Variety show” at 7 and 8:30 p.m. every night, Nathan Burton’s comedy and magic spectacular at 4 p.m. Tuesday through Sunday and the Popovich Comedy Pet Theater at 5:30 p.m. Thursday through Tuesday. The V2 space is currently home to “All Shook Up” at 6 p.m. every night, “The Mentalist” starring Gerry McCambridge at 7:30 p.m. Thursday through Tuesday and the Las Vegas Live Comedy Club at 9 p.m. every night. Six different productions, three of them never dark, all in one spot, and it’s not even up to full speed yet. It’s an impressive comeback and there will be more shows returning to these stages in the coming weeks and months.

The world-famous Jabbawockeez dance crew has signed on for a four-year extension with MGM Resorts. Its current show “Timeless” is temporarily taking over MGM Grand Garden Arena for two shows nightly and while the Jabbas are expected to move back into their more intimate, customized theater on the casino floor later this year, they’ll be staying put at MGM Grand through 2025. The show started at the resort in 2010 after spending time at other MGM properties on the Strip. “It has been a huge blessing to have the opportunity to share our talents in Las Vegas for the past 11 years,” said founding member Kevin Brewer. “We are deeply grateful for our partners at MGM Resorts who have been very supportive in our growth as performers as well as a successful entertainment brand.”

“Fantasy” has added another guest star in Jonathan Goodwin, a professional daredevil and escape artist who appeared as a finalist on “Britain’s Got Talent” and a semifinalist on “America’s Got Talent.” Goodwin, who has been attacked by sharks, burned alive and hung from a helicopter, will alternate with comedian and magician Murray Sawchuck in the long-running female revue at the Luxor Theater, appearing Monday through Wednesday. Since it’s consistently selling out restricted capacity shows, “Fantasy” is adding a second show on select nights in April and May. In addition to its regular 10:30 p.m. show nightly and an extra 8 p.m. show Sundays, another 8 p.m. presentation is scheduled for this weekend on April 16-17, May 17-22 and May 31.

DJ Liz Clark — a fixture on the Strip entertainment scene for years at all sorts of Caesars Entertainment events and an opening act for major concerts from Gwen Stefani, Maroon 5, Imagine Dragons, Train and more — is co-producing an innovative acoustic show at Notoriety Live on April 24 based on the legendary rehearsals for Elvis Presley’s 1968 comeback special. Clark gathered an incredible lineup of local musicians for a jam session at her birthday party back in March and was compelled to turn it into something the public could experience. “I’ve been here 20 years and never seen anything like this,” she says. “It’s not like shows with impersonators. It’s all acoustic, no tracks, just raw talent.” That talent comes from Justin Shandor, one of the most acclaimed Elvis tribute artists around, performing with Elvis Lederer (Blue Man Group) and Martin Zimmerman on guitars and Pepe Jimenez (Santana) on percussion. “Sexxy” producer and star Jennifer Romas will kick things off with a little choreography. This unique event is set for 10:30 p.m. April 24 and ticket info can be found at notorietylive.com.

This week’s major concert announcement is the return of Alejandro Fernandez to MGM Grand Garden Arena for Mexican Independence Day weekend in Las Vegas, hitting the stage on September 15. Tickets are on sale now at axs.com. Also announced this week: Bad Bunny brings his Ultimo Tour del Mundo to the same venue on March 5, 2022, and those tickets also became available today.

Terry Fator’s new show at New York-New York, “Who’s the Dummy Now?” has been extended for another month. When it opened on March 18, the special engagement was selling tickets through April 30, and now tickets are available through May 30. Don’t be surprised if Fator becomes a permanent part of this south Strip resort’s entertainment lineup.

As he said he would do on my Sun on the Strip podcast a few weeks back, comic magician Mac King popped into Don Barnhart’s Delirious Comedy Club at Downtown Grand last week for some impromptu sets to get back into stage shape for his hopeful reopening at Harrah’s on June 1. Tonight, the club welcomes back Pauly Shore for the 10 p.m. show, with Barnhart, Keith Lyle and Guy Fessenden taking the stage during the 6 and 8 p.m. sets.

Elsewhere this weekend: There are lots of laughs in store at the Rio as the Comedy Cellar makes its triumphant return Saturday night, warming things up for Penn & Teller’s big comeback on April 22. And if you missed my interview with the great Bucky Heard, go listen and get ready to see him sing at the Bootlegger this weekend.