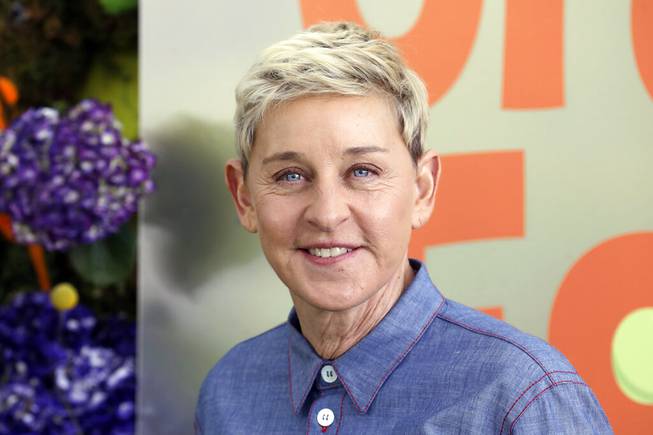 Ellen DeGeneres attends the premiere of Netflix’s “Green Eggs and Ham,” on Nov. 3, 2019, in Los Angeles. DeGeneres apologized to the staff of her daytime TV talk show amid an internal company investigation of complaints of a difficult and unfair workplace.

LOS ANGELES — Ellen DeGeneres apologized to the staff of her daytime TV talk show amid an internal company investigation of complaints of a difficult and unfair workplace.

“On day one of our show, I told everyone in our first meeting that ‘The Ellen DeGeneres show’ would be a place of happiness — no one would ever raise their voice, and everyone would be treated with respect,” DeGeneres wrote. Something changed, she said, “and for that, I am sorry.”

In a separate statement, the Warner Bros. studio said the investigation’s “primary findings” revealed what it called some flaws in the show’s daily management.

DeGeneres’ memo and the probe by the studio’s parent company followed a BuzzFeed News report in which one current and 10 former show employees complained about issues including being fired after taking medical or bereavement leave. One worker said she left because of comments about her race.

Most of the complaints were tied to executive producers and senior managers, BuzzFeed News said, but one ex-employee said DeGeneres need to take more responsibility for the work environment. The people making the allegations were not identified.

The complaints contrast sharply with the show’s upbeat tenor and DeGeneres’ own public demeanor and exhortations for people to be kind and caring.

In its statement, Warner Bros. said it and DeGeneres take the allegations about the show’s “workplace culture very seriously” and that its parent company is seeking to determine the validity of the publicly reported allegations and understand the show’s daily workings.

“As a result, WarnerMedia interviewed dozens of current and former employees about the environment at ‘The Ellen DeGeneres show’ … . And though not all of the allegations were corroborated, we are disappointed that the primary findings of the investigation indicated some deficiencies related to the show’s day-to-day management.”

Steps are being taken to make several staffing changes and implement other steps, the studio said, without citing specifics. The internal investigation was first reported by Variety.

DeGeneres wrote that she has “deep compassion” for people who are treated unfairly or disregarded. That comes from someone who has been judged for “who I am,” said DeGeneres, who has detailed the price she paid for being openly gay.

“As we’ve grown exponentially, I’ve not been able to stay on top of everything and relied on others to do their jobs as they knew I’d want them done. Clearly some didn’t. That will now change and I’m committed to ensuring this does not happen again,” she said in the memo.

“It’s been way too long, but we’re finally having conversations about fairness and justice,” DeGeneres said, adding that she would push herself and others to “learn and grow.”

She said the COVID-19 pandemic kept her from delivering her comments in person to staffers. She signed the message, “Stay safe and healthy” and “Love, Ellen.”