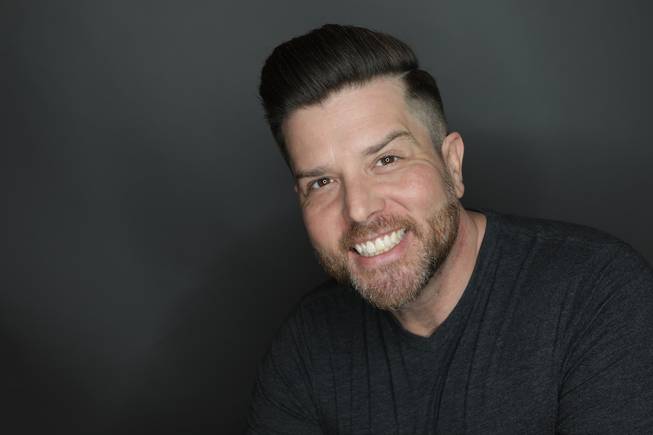 Enoch Augustus Scott has been performing in Las Vegas for 18 years and is best known as the host of the fantastic “Zombie Burlesque.”

Eighteen years in Las Vegas flew by for Enoch Augustus Scott, a versatile performer known for stealing the spotlight in some of the city’s most offbeat productions.

“I’m an off-Broadway, black box theater, little bit edgy kind of person,” he says on the latest episode of the Sun on the Strip podcast. “I love things that are a little more in your face and a little more experimental. That’s my wheelhouse.”

No wonder he really found his Vegas footing with the in-your-face, experimental comedy variety show “Zombie Burlesque,” which had been running strong for nearly seven years at the V Theater at the Miracle Mile Shops when the pandemic temporarily shuttered shows big and small in March.

“When I saw there were auditions, I just knew I had to be in this show,” Scott says. “I got to be part of seeing the whole thing created. They were building the airplane in midair, so busy with the sets and the dancing all that stuff, and they kept saying, ‘We’re going to get you a script.’ But it wasn’t coming and the show was about to open, so I thought, I’m just going to start talking and when they don’t like it anymore, they’ll tell me to shut up. It was an incredible experience, honestly one of the greatest creative experiences of my professional life.”

Scott’s creativity didn’t cease when the coronavirus set in. He made the choice to not produce anything in the early stages of the pandemic in order to “examine what was going on” and eventually fashion something memorable. The results so far include a concept album based on Netflix documentary sensation “Tiger King” and a comedy game show featuring a rotating cast of his talented colleagues in the Vegas showbiz scene. Both projects are expected to come to fruition in different ways in October.

“It’s going to be a great way to see some of the performers in Las Vegas that you love,” Scott says.