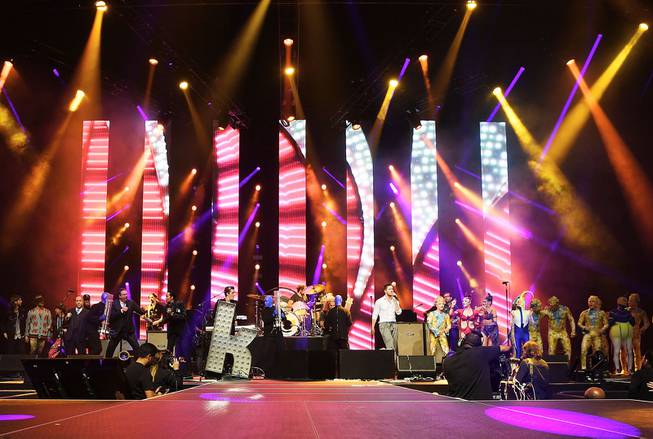 The stage is crowded with multiple performers during the Vegas Strong Benefit Concert finale at T-Mobile Arena Friday, Dec. 1, 2017. The concert united the Las Vegas entertainment industry for an evening of live performances and video tributes honoring victims and survivors of the October 1 tragedy.

Even on the Las Vegas Strip where some of the world’s greatest theaters and showrooms reside, it only took one night for T-Mobile Arena to instantly become one of the most important entertainment venues in a city built around exactly that. It opened five years ago, on April 6, 2016, sandwiched between the New York-New York hotel and casino and Interstate 15, and celebrated its debut with performances from three generations of iconic Vegas artists—Wayne Newton, the Killers and Shamir.

The $375 million, 20,000-seat arena has since hosted hundreds of sports and entertainment events and was named 2017 Venue of the Year by Billboard magazine as well as Best new Major Concert Venue by Pollstar. It’s the top combat sports event arena in the world and its powerful identity as the Fortress when hosting Vegas Golden Knights games is legendary in the NHL and across the professional sports landscape. And the biggest names in music have played T-Mobile in its first five years, including George Strait (with his groundbreaking Strait to Vegas arena residency), Ariana Grande, Guns N’ Roses, Drake, Kanye West, Bon Jovi, Lady Gaga, Bruno Mars, Jay-Z, U2, Elton John, Metallica, KISS and many more.

I was there on that first night and it was historic and memorable on many levels, but there have been so many unforgettable experiences and landmarks for Las Vegas entertainment at T-Mobile Arena. To celebrate the anniversary, here are the five most memorable events, in my opinion, to occur there over the first five years. 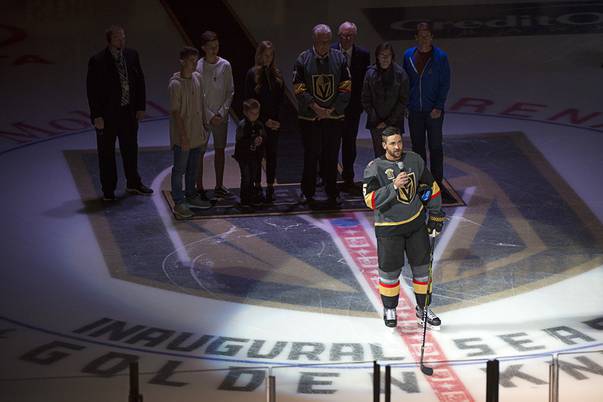 Vegas Golden Knights defenseman Deryk Engelland (5) addresses the crowd before the Knights home opener Tuesday, Oct. 10, 2017, at the T-Mobile Arena. The Knights won 5-2 to extend their winning streak to 3-0.

So much has been said and written about the Knights’ very first home opener at the Fortress and the emotional impact of that night and the team’s miracle first season after the unprecedented community tragedy of One October. It’s safe to say our hockey team and its fans will forever feel indebted to each other for that very special season. Everyone in attendance has their own unique connection to this once-in-a-lifetime event, but looking back, it’s important to acknowledge how it wasn’t just the first major league sports contest in Las Vegas featuring the first Vegas born team. It was truly the night that T-Mobile Arena became the Fortress, not just a big entertainment venue in a town full of them, but a Strip stronghold for local residents, a sacred site for Las Vegans and Las Vegas visitors alike. 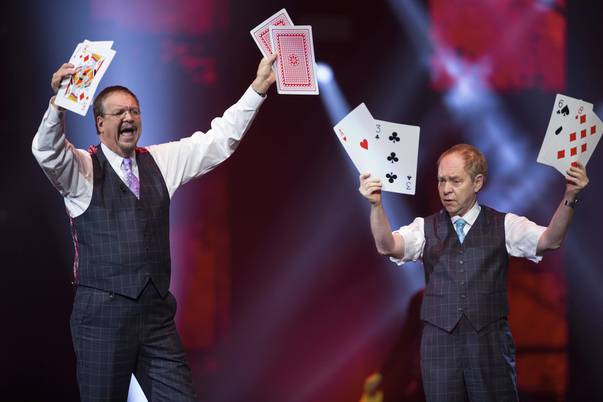 Penn & Teller, performing here at the Vegas Strong Benefit Concert in December, are constantly making changes to their show at the Rio.

A vast array of Vegas-based or connected entertainers and personalities including Carrot Top, Blue Man Group, Cirque du Soleil, David Copperfield, Wayne Newton, Penn & Teller, Celine Dion, Elton John, Jason Aldean, Kurt Busch and Bryce Harper made appearances or added video tributes to this fundraising mega-event anchored by concert sets from Boyz II Men, Imagine Dragons and the Killers. It was another emotional night in the wake of the shooting, and one that raised hundreds of thousands of dollars for those affected by the tragedy, but it had an uplifting atmosphere while showcasing how the entertainment and hospitality industries in Las Vegas can care for the community. And as Imagine Dragons singer Dan Reynolds noted, that community stretches far beyond the geographic borders of Southern Nevada. “When you’re in Vegas, you are family to this city,” he said. 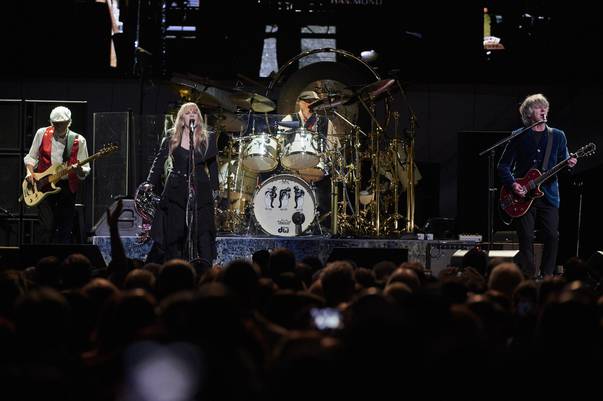 Being able to see one of your all-time favorite bands play live in a state-of-the-art venue with 20,000 of your fellow fans along for the ride is always going to be a highlight. Fleetwood Mac is actually not a personal favorite for me, but I gained a new appreciation of their music on this night, knowing that this epic and beloved rock band may not be touring like this again. (Although, after the current pandemic fully subsides, we might see this act and others like it hit the road again when so many people will be starved for such experiences.) Stevie Nicks, Christine McVie, Mick Fleetwood and company plowed through so many of the band’s biggest hits from the ’70s and ’80s for two solid hours while the capacity crowd devoured every note. 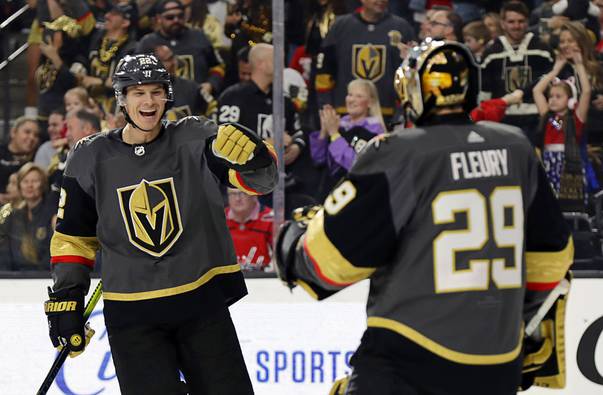 When the Golden Knights first dropped the puck in Las Vegas, the stated goal was to make the NHL playoffs by the team’s third season and win the Stanley Cup by the sixth. No one ever imagined the Knights would be playing for the prize in their very first campaign. And although this VGK victory would be its only win in the championship series, there’s nothing that could take away from the significance of the first Stanley Cup Finals game at T-Mobile Arena. One of the big four sports leagues was holding (part of) its championship event in Las Vegas. This night paved the way for what will come next—a Super Bowl in Las Vegas, possibly in 2024. 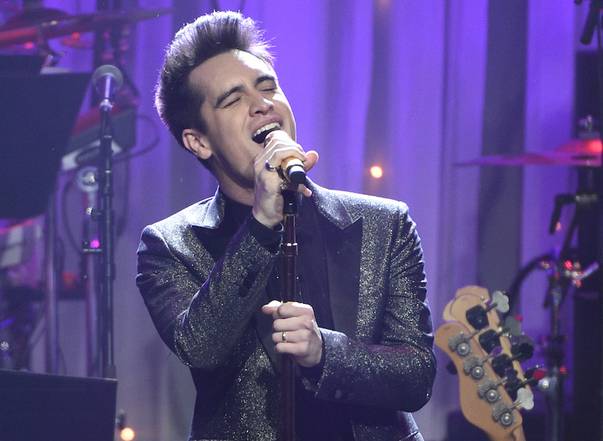 This concert at T-Mobile stands out for a different reason; it was the biggest homecoming ever for bandleader Brendon Urie and one of his group’s biggest shows of all time, the last stop of the first leg of its Pray for the Wicked tour. Most of all, it was a chance for a Vegas-bred showman to display his vast skills as Urie floated over the arena crowd on top of a piano, did flips off the drum riser and covered Queen’s epic “Bohemian Rhapsody.”