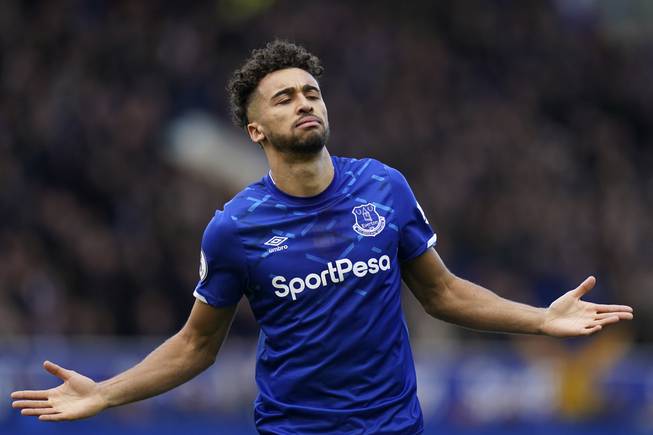 Please excuse the title of the column for this week, as it’s going to be more like, “five leagues, five sports.”

That wasn’t initially the plan but lightning strikes in Hilton Head, S.C., caused a suspension in play late in the second round of the RBC Heritage golf tournament Friday afternoon. That leaves sports books with a limited set of head-to-head matchups for Saturday’s third round and me pivoting toward including soccer matches from two different countries.

The first two versions of this column included future bets among its picks, but with so many sports having returned from a pandemic interruption, I wanted to go all current this week.

I’ve gone 5-2 so far — with three pending futures listed at the bottom of the page — and hope to build on the success with a third straight winning weekend.

Read below for five wagers to make this weekend across five different sports. Records attached by individual league with the money calculated by the assumption of placing a $100 wager on each bet.

Augsburg has been a more efficient team than Dusseldorf all season but now finds itself as a big underdog — as high as plus-300 in three-way wagering — in the penultimate game of the season. That’s solely because Augsburg is locked into the middle of the table while Dusseldorf is trying to fight its way out of relegation.

It looked like Dusseldorf made a big step in the right direction with a 2-2 draw against Leipzig on Wednesday, but the final score was misleading. Leipzig dominated almost the entire game, but carelessly allowed two late goals.

Augsburg might not have anything to play for as a team, but it’s important to remember in spots like this throughout all sports that the players always do. These are their careers, and they’re fleeting, certainly not long enough to go through the motions in a game.

That’s what Augsburg would have to be doing for this line to make any sense. That’s too far-fetched of an assumption to make.

Horse Racing (0-0): Tiz The Law to win the Belmont Stakes minus-125 at Circa Sports

In this June 8, 2013, file photo, people stand at a betting and cashing window at Belmont Park in Elmont, N.Y., before the Belmont Stakes.

Taking the odds-on favorite to win a major stakes race is usually tricky, if not outright unadvisable. Not in this case.

The field for the first Triple Crown event in this year’s restructured format has flattened out, leaving Tiz The Law as the lone standout and likely to cash in on his semi-homefield advantage. That’s a joke, to be clear, but the Sackatoga Stable-owned bay colt is from just up the road, meaning he could become the first New York-bred horse to win the Belmont.

He’s won four of five lifetime starts, usually in impressive fashion, and would have garnered Triple Crown buzz even if the competition was as formidable as it once appeared it might be. With potential contenders Nadal, Charlatan and Maxfield all injured and the length of the race cut down to a mile-and-an-eighth — as opposed to its traditional mile-and-a-half —Tiz The Law couldn’t be in a better position.

If the “homefield advantage” reference wasn’t enough of a tip, let me spell it: I’m not much of a horse-racing expert. I’ve spent much more time trying to hone my handicapping technique in all the other sports that have, or will, appear here.

But you don’t need to be able to recite Bob Baffert’s three career Belmont winners — the star trainer does not have a horse in this year’s field — to know that this price isn’t short enough and should swell before post time.

It’s important to always be learning as a sports bettor. The markets continue to mature, so a gambler needs to do the same.

So what did I learn from last week’s lone loss, when Zarrukh Adashev fell victim to a first-round knockout to Tyson Nam, in the column? Nothing, apparently.

I’m going from one promising undercard fighter who took a bout on short notice to another. There are some differences here, though.

The bantamweight Adashev was a decorated kickboxer but otherwise relatively green in mixed martial arts. Rohskopf arrives to the UFC as a more complete fighter.

He wrestled at North Carolina State, where he also trained in jiu-jitsu and boxing while eyeing a future in MMA. Since turning pro, he’s won all five of his fights by submission in less than nine minutes.

Oh, and he had a week to prepare as opposed to three days for Adashev. That should make all the difference, right?

In all seriousness, Rohskopf is a take at anything less than minus-200. It might also be worth dabbling in him by submission or stoppage to get around plus-200 odds.

Those are some of the adjectives most commonly used to describe how Liverpool was on the way to a historically dominant season in the English Premier League before the coronavirus halted competition. It’s not a foregone conclusion that the Reds continue where they left off in their first match in two and a half months.

They might not even attempt to do so, considering they’ve practically already locked up the title with a 22-point lead in the standings over second-place Manchester City. Laying a goal in a derby against a rival is too high of an asking price.

Everton is tough in its own right, tougher than its 10-12-7 record makes it appear. The Blues have a positive expected goals number on the season, meaning positive regression could be heading their way for help upon the restart.

Everton hasn’t beaten Liverpool in 10 years, but it has also only lost by more than one goal in four of the last five meetings. The Blues aren’t getting blown out on their home field at Goodison Park on Sunday.

Granted, it’s a small sample this year as Daytona is the only somewhat similar track NASCAR has visited. Ford didn’t win that day in February as Denny Hamlin’s Toyota held on for the win, but his victory looks like an anomaly.

Ford had the second through fifth place drivers, and that doesn’t include other contenders who had late crashes like Ryan Newman and Aric Almirola. Ford driver Joey Logano had the highest average running position that day and comes into Talladega as the favorite at some offshore sports books.

He belongs in any conversation of the headiest drivers, which takes on added importance this weekend, along with Penske teammate Brad Keselowski. And somehow Ryan Blaney, who finished second at Daytona, has recently outshined both of them.

That’s only a short starting list of drivers working for bettors who take this prop.

Previous pending future bets: NC Dinos will not win KBO Series at minus-230; Calgary Flames to win series against Winnipeg Jets at minus-120; Indianapolis Colts over 9 wins at minus-125