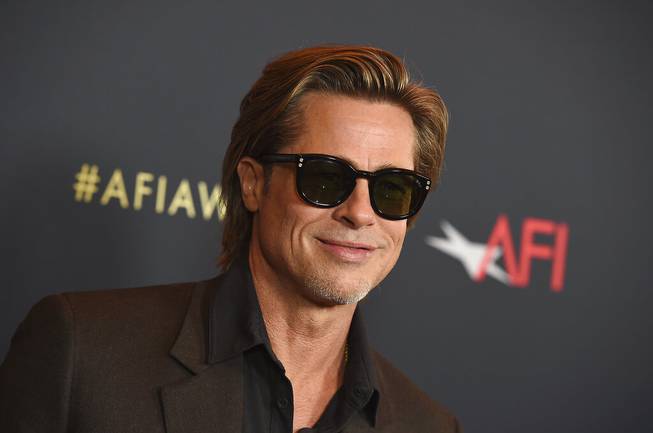 BEVERLY HILLS, Calif. — From Leonardo DiCaprio to Brad Pitt, some of Hollywood’s brightest stars came together to relax and sip wine in a room where everyone ended up walking away a winner at the American Film Institute Awards on Friday.

The annual AFI invite-only luncheon honored 11 films and 11 television shows with well-spoken words about the celebrated project followed by a brief clip of a scene.

Hugs and laughs were shared before the event between Pitt and DiCaprio, the stars of “Once Upon a Time … in Hollywood.” Bradley Cooper had a chat with Pitt too. “Richard Jewell” actor Jon Hamm greeted attendees after taking a couple pictures on the red carpet with a “Happy New Year,” while “Pose” star Billy Porter twirled with a smile into the ballroom in Beverly Hills, California.

The event — held on the weekend of the Golden Globes — is all about having fun, creating a laid-back vibe with no pressure.

“Our goal for this moment is to free you,” AFI President Bob Gazzale said. “We want to provide an oasis to the junkets and the red carpets and all the stress that comes with selling. At the AFI, we do not sell. We celebrate.”

Many in the star-studded room that also included Martin Scorsese, Robert De Niro and Clint Eastwood looked on as each project was paid homage.

Mel Brooks shared a story about his late wife Anne Bancroft’s participation in the AFI Directing Workshop for Women. He also joked about Taika Waititi portraying Adolf Hitler in “Jojo Rabbit” before praising the director-actor for his work.

“You did a great job, and even as actor you were good, which is hard,” Brooks, the 43rd AFI achievement award recipient, said as attendees burst into laughter including Waititi, who sat at the same table with co-stars Roman Griffin Davis and Thomasin McKenzie.

Rita Moreno closed the luncheon with a benediction to celebrate the honorees.

“I am filled with hope and love and excitement because times are definitely changing,” said Moreno, who’s won all the major awards: the Oscar, Emmy, Grammy and Tony. “For what it’s worth, I applaud it and I applaud you.”