From X-Man to showman: Hugh Jackman is out to prove the musical stage is his natural home


Hugh Jackman was unavailable to speak to the Weekly in anticipation of his July 13 appearance at the MGM Grand Garden, which is a real shame because I could have cooked up easily a half hour’s worth of Q&A that wouldn’t have included Wolverine hardly at all. We could easily have devoted 10 minutes alone to his upcoming return to Broadway in a revival of Meredith Wilson’s 1957 classic The Music Man—how he’s hoping to personalize a role so strongly associated with the great Robert Preston; what he hopes the musical could mean to an America divided by worse than Iowan stubbornness; what the hell a “Shipoopi” is.

But that’s OK, I guess. Jackman doesn’t need me to tell him that the musical stage probably needs him more than superhero cinema does. He’s got massive hit movie musicals to affirm that for him—2012’s Les Misérables and 2017’s The Greatest Showman—and a stack of Playbills reaching back to a 1998 West End staging of Oklahoma!, two full years before he put on the claws. He’s won a Tony and a Drama Desk Award for playing singer-songwriter Peter Allen in 2003’s The Boy From Oz, and this current concert tour—simply named The Man. The Music. The Show.—isn’t even his first time fronting a musical/variety show; this follows 2011’s Back on Broadway and 2015’s Broadway to Oz. It’s not too much to assume that if they’d figured a way to get songs into the Wolverine movies, Jackman might still be doing them.

And he doesn’t need to tell me why he loves stage and screen musicals so much. He evangelized for them in a 2017 interview with Variety: “A bad musical stinks to high heaven, but when a musical works, there’s nothing like it. … People are screaming and cheering. Nothing I’ve found has matched it. By the end, as you take the curtain call, there’s no sense you’re in front of strangers. It’s an intimacy you get that’s more intense than you have with people you’ve known for many years. It’s everyone coming together and opening their heart.”

It’s fairly obvious that Jackman’s love for the stage permeates every single thing he’s done. He enlivened a clichéd computer hacking scene in the unremarkable 2001 thriller Swordfish with impromptu dance steps. He used his intimate knowledge of the sometimes dark world behind the proscenium arch to create an applause-obsessed magician for Christopher Nolan’s 2006 The Prestige. And he reportedly convinced Liev Schreiber to play Sabretooth in 2009’s X-Men Origins: Wolverine by playing up the legwork: “To do fight scenes with Hugh was really terrific, because as a dancer, he has that kind of discipline and choreography,” Schreiber said in an interview with Superherohype.com, adding, “[I] always wanted to be a dancer, too.”

And so Hugh Jackman takes the stage this week, with an orchestra, a team of dancers and a raft of show tunes he’s helped to popularize. (He might even produce a guest star or two; we have our fingers crossed for former Las Vegan and Greatest Showman co-star Keala Settle.) And he doesn’t need my help to sell what should be a terrific evening of entertainment. But if he’s got a minute for coffee and just wants to talk about how The Music Man’s Harold Hillcould easily convince Wolverine to buy dozens of marching band instruments and uniforms, I can be reached through this publication. 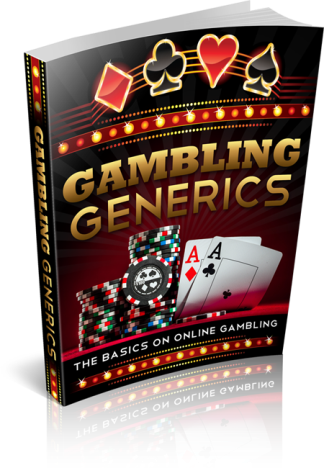