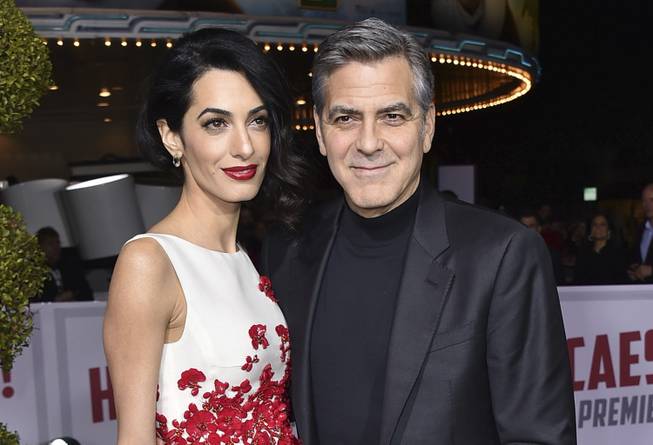 In this Feb. 1, 2016, file photo, Amal Clooney, left, and George Clooney arrive at the world premiere of “Hail, Caesar!” in Los Angeles.

NEW YORK — George and Amal Clooney’s twins have arrived — one of the most anticipated births since Knox and Vivienne Jolie-Pitt were born in 2008.

Beyonce and Jay Z, you’re next.

The Clooneys welcomed a son and a daughter on Tuesday morning, announcing in a joint statement that daughter Ella, son Alexander and mother Amal were all “happy, healthy and doing fine.”

“George is sedated and should recover in a few days,” the statement said.

Clooney, 56, and international human rights lawyer Amal Alamuddin, 39, married in Italy in 2014. These are the first children for both.

Beyonce and Jay Z are also expecting twins imminently. She announced the pregnancy in February.