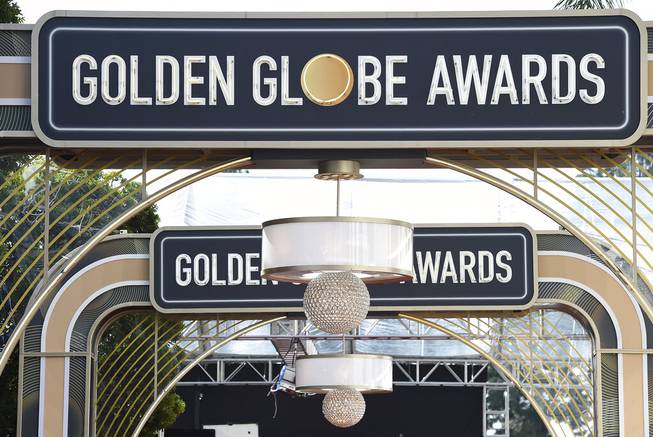 NEW YORK — Whether anyone will attend the Golden Globes in person remains uncertain and improbable. But nominations to the 78th Globes will be announced Wednesday, nevertheless.

Hollywood’s strange and largely virtual awards season lacks the usual kind of buzz and red-carpet glamour that the Hollywood Foreign Press Association annually feasts on. More than perhaps any other award show, the Globes depend on a cavalcade of stars — something that won’t materialize when the awards are handed out Feb. 28 in a ceremony hosted by Tina Fey and Amy Poehler.

On Tuesday, the Hollywood Foreign Press Association said the Globes — typically a bubbly dinner gathering with flowing drinks — will be held bi-coastally for the first time. Fey will host live from New York’s Rainbow Room and Poehler will host from the awards’ normal home, the Beverly Hilton Hotel in Beverly Hills, Calif. It’s expected that nominees will be appear from locations around the world.

Nominations will be announced virtually at 8:35 a.m. ET Wednesday by presenters Sarah Jessica Parker and Taraji P. Henson. They will reveal 12 categories on NBC’s “Today” show, with full nominees announced live on E! digital channels and the Golden Globes’ website.

Without any in-person screenings or photo ops with stars, little is known about how the roughly 90 member press association — a notoriously unpredictable group, in normal times — is swaying this year. But one thing may be a lock: Netflix will land a whole lot of nominations.

Several of the streaming service’s films — including Spike Lee’s “Da 5 Bloods,” David Fincher’ “Mank” and Aaron Sorkin’s “The Trial of the Chicago 7” — are considered frontrunners, as are Netflix TV series “The Crown” and “Ozark.” At last year’s Globes, Netflix also led all studios with 34 nominations.

The Globes’ splitting of nominees between drama and comedy/musical could also mean one wildcard of the season — “Borat Subsequent Moviefilm” — may emerge. The film could be nominated for best feature, comedy or musical, along with acting nods for Sacha Baron Cohen (also a contender for his supporting performance in “The Trial of the Chicago 7″) and Maria Bakalova. Also of note in the category: the “Hamilton” film, ineligible for the Academy Awards, is a likely nominee at the Globes.

In the television categories, expect “The Mandalorian,” “The Queen’s Gambit,” “The Flight Attendant,” “Ted Lasso” and the final season of “Schitt’s Creek” to be in the mix.

This year’s Globes were postponed nearly two months because of the pandemic and to adjust to the delayed Oscars. Those are set for April 25. Last year’s Golden Globes culminated in awards for “1917” and “Once Upon a Time … in Hollywood.” The telecast, hosted by Ricky Gervais, couldn’t buck the overall ratings trend for awards shows, drawing an average of 18.3 million viewers, down 2% from the previous year.