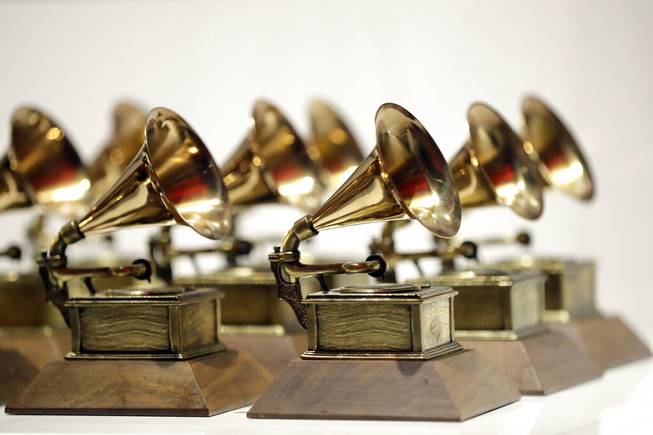 In this Oct. 10, 2017, file photo, various Grammy Awards are displayed at the Grammy Museum Experience at Prudential Center in Newark, N.J.

LOS ANGELES — The Recording Academy will announce nominees for its 64th Grammy Awards on Tuesday morning, but it’ll be the first year selections have been made after some sweeping changes.

The academy earlier this year ditched anonymous selection committees and now allows its more than 11,000 voters to chose nominees in certain categories, with the full membership eligible to weigh in on top honors like album and song of the year.

The shift comes after The Weeknd called the Grammys “corrupt” after he was shut out of 2021′s ceremony, despite having last year’s biggest song.

This year’s announcement will be made on a livestream beginning at noon Eastern, 9 a.m. Pacific at https://live.grammy.com/.

Possible nominees include Justin Bieber, Taylor Swift, Coldplay and K-pop group BTS, which triumphed at Sunday’s fan-voted American Music Awards. The Weeknd, who collaborated on Kanye West’s hit album “Donda,” has said he would no longer submit his work for Grammy consideration.

Recording Academy CEO Harvey Mason Jr. has said he is committed to rebuilding trust in the Grammys and has worked to increase its membership.

The Grammy Awards will be handed out Jan. 31 in Los Angeles. Last year’s ceremony was held under strict pandemic conditions. While few details about next year’s ceremony have been released, the academy has committed to staging the show and using an inclusion rider, which is meant to increase diversity among those working on the ceremony at all levels.