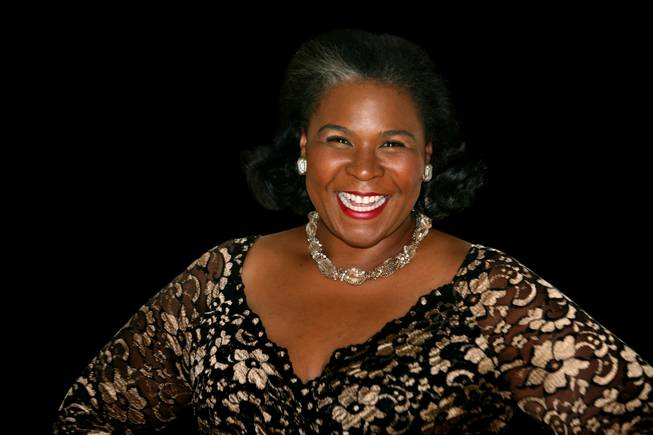 Amanda King performs at the Vegas Room July 17 and 18.

Originally from Indiana and relocated to Las Vegas from San Francisco nearly three years ago, King specializes in American music of the 1930s, ’40s and ’50s, jazz and standards including tunes from movie musicals and material often referred to as the Great American Songbook. And while she’s captivating with her voice, she likes to share information about the artists and songs from those important eras.

That’s what you can expect from her two shows at the Vegas Room this weekend, set for 8 p.m. July 17 and 18 at the new supper club and listening room in Commercial Center. Dinner package rates and other information is available at thevegasroom.com.

“These shows are really going to be focused on the stars who created Las Vegas when entertainment first started here in the ’40s, early pioneering stars like Peggy Lee and Billy Eckstine,” King says. “Ella [Fitzgerald] was here in 1949. You had Lena Horne and Pearl Bailey and others coming to this supposed desert oasis without having a lot of information about it, and they created what would become the Entertainment Capital of the World.”

She’s also planning to incorporate music from lesser known singers like Kitty Kallen and Sophie Tucker as well as Hollywood icons like Betty Grable and Betty Hutton, exploring the first decade of entertainment in Las Vegas well before the Rat Pack helped put this place on the map.

“I just love the old-school stuff, I love sharing the history and stories and people that made the music so important,” she says. “Great music always endures but people forget how it came about, so I’m always telling tidbits and background info about the songs, just adding a little piece of history.”

King has previously performed at the Vegas Room during its Sunday jazz brunch, anchored by pianist Patrick Hogan of Bellagio’s Mayfair Supper Club. This weekend, she’ll be singing accompanied by Mike Clark.

King has also performed at the Mob Museum’s speakeasy and at the Dispensary Lounge after breaking into the local scene at Kelly Clinton’s legendary open mic night at the Bootlegger. She said she didn’t know what to expect when first arriving in Las Vegas but has found the entertainment community to be warm and welcoming.

“I walk kind of a fine line between jazz and standards and cabaret and for the most part, I’ve been accepted for the way I sing without labels. Las Vegas requires labels more because you’re dealing with tourists and people need to understand the bite-size portion of what you are,” King says. “But once I open mouth, it’s always, ‘Oh, that’s what you do.’ And the community itself here is great and there are all these little subgroups in the entertainment community.”

The Vegas Room is a fine fit for King’s style, she says, because it’s an intimate environment — even without COVID-caused restrictions — created by and for music lovers.

“It really is a true cabaret. While the entertainers are performing, there’s no service or people asking waiters for something. They are there to hear the [show] and what they want from you, the performer, is to have a real show, to put a lot into it, to create something with a beginning, a middle and an end. It’s a really wonderful opportunity as an entertainer to craft a little bit of a story and there are not a lot of gigs in town that really let you do that.”