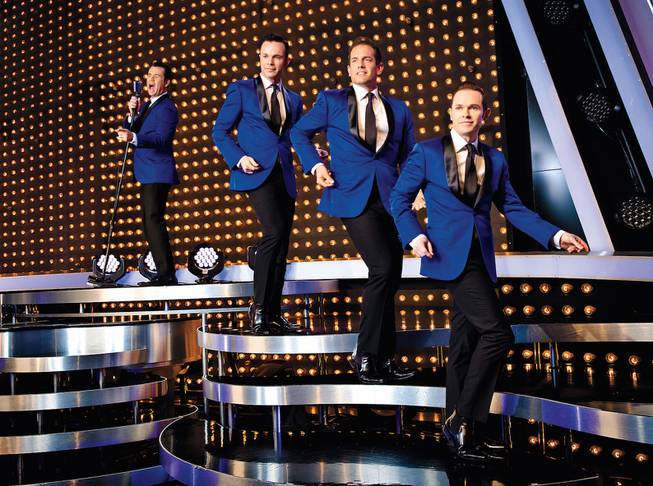 Just a few weeks into the COVID-caused shutdown of Las Vegas Strip production shows, musical residencies and all live entertainment, it became tragically clear that some of those shows would not return to their showrooms. Today the entertainment scene got its first dose of this kind of bad news.

Thirty-year-strong Australian vocal quartet Human Nature, consisting of Toby Allen, Phil Burton and brothers Andrew and Mike Tierney, announced it will not be returning to its Vegas home of the last seven years, the 742-seat Sands Showroom at the Venetian. That powerhouse production, recently renamed “Australia’s Human Nature Sings Motown & More,” is the longest running headlining show at the resort, which reopened on June 4.

“We are very sad that we will not be returning to our amazing Sands Showroom,” said Andrew Tierney in a statement. “The Venetian resort has been an amazing partner the last seven years and we will miss working with our fantastic band, crew, ushers and executive team who have been supportive of us and our show from day one.”

The statement also noted the group will be reassessing the next steps for the show. It’s expected that Human Nature will search for a new venue on the Strip when live entertainment is allowed to proceed per the state’s multiphase pandemic recovery plan and Nevada Gaming Control Board protocols.

“I am so proud of Human Nature and to be a part of this outstanding group of men that I can proudly call friends,” said Adam Steck of SPI Entertainment, the show’s producer, in the statement. “We are grateful for the wonderful opportunity that the Venetian has provided us with over the last seven years and we look forward to the next endeavor with this amazing group here in Las Vegas.”

Human Nature originally formed in 1989 as a doo-wop group called 4 Trax in their home of Sydney, Australia. They signed with Sony Music as Human Nature and released debut album “Telling Everybody” in 1996. The group’s most recent album, “Romance of the Jukebox,” came out in 2018 and new original single “Nobody Just Like You,” released in February, marked a fresh new pop direction. In an interview for the Sun on the Strip podcast in April, Burton said the group was planning to unleash more new music throughout the year.

Human Nature has headlined in Las Vegas for 11 years, starting with a yearlong engagement at the Imperial Palace ushered in by none other than Motown legend Smokey Robinson. The group teamed with Robinson to record a PBS concert special at Paris Las Vegas in 2011.

Human Nature continued to perform at the casino resort now known as the Linq until moving to the Venetian in 2016 when SPI came on as a producer. In 2019, when the group was celebrating its 30th anniversary with a tour of Australia, it signed on for three more years at the Venetian that was set to keep the act onstage into 2022. They were also recently honored with the Medal of the Order of Australia, a rare honor recognizing artistic achievement and service to their fellow citizens and community, and inducted into Australia’s ARIA Hall of Fame.

The departure leaves just one show at the Venetian and Palazzo resorts, “Atomic Saloon show,” on the Palazzo side of the Grand Canal Shoppes. The Venetian’s website currently lists Venetian Theatre dates for Tony Bennett in August and Sarah Brightman and Adam Lambert separately in October.