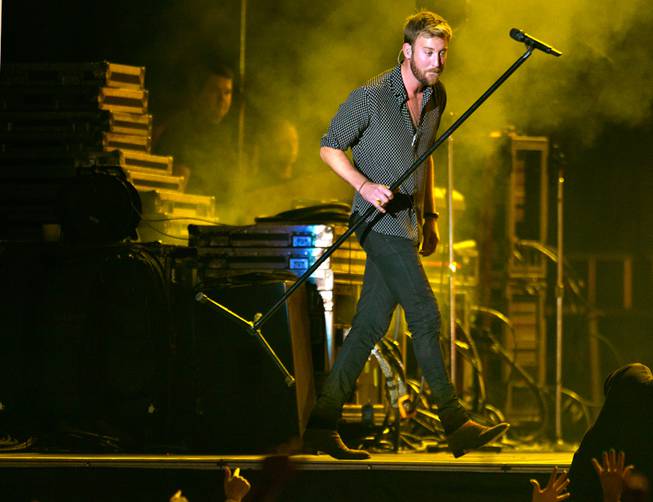 This one’s on TV. KSNV NBC Las Vegas (Channel 3) is teaming with iHeartRadio’s local stations to present the Stay Home for Nevada Benefit at 6:30 p.m. Wednesday. The 90-minute special aired on Channel 3 and iHeart’s stations will raise awareness and funding for the UMC Foundation and the Salvation Army of Las Vegas.

“We were going to do it on the radio anyway, but once we started building, we realized we needed a TV partner. News 3 just jumped on it,” Danielson says. “The only other cities that could pull something like this off are L.A. and New York. With the entertainment we have in our backyard, we have to tap into that to make an impact and raise awareness.”

Other on-air personalities from News 3 and the radio stations will play host by introducing different acts during the show.

“You’re going to see a lot of performances and some special messages. We couldn’t get all the Backstreet Boys but you’re going to see Nick Carter. Charles Kelley from Lady A had a [residency show] here and he gets to talk about what this city means to him and how he can’t wait to get back here,” Danielson says. “And I get to introduce Lee Brice from the spare bedroom in my house.”

The show will be broadcast at 6:30 p.m. Wednesday on the local NBC affiliate as well as iHeartRadio stations Sunny 106.5, 95.5 The Bull, 93.1 The Mountain and Real 103.9. It will also be available on the iHeartRadio app.