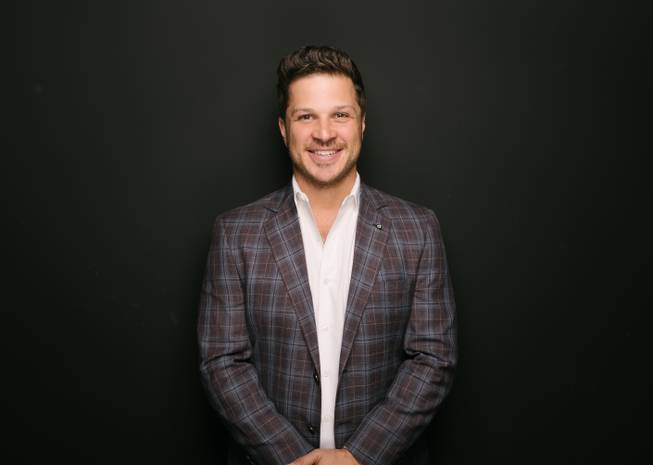 Mark Shunock has kept Mondays Dark rolling via livestream from the Space while going back to work for Top Rank Boxing in Las Vegas.

Las Vegans likely recognize versatile entertainer Mark Shunock as the creator and host of Mondays Dark, the charity variety show, or maybe from his gig as in-arena host of Vegas Golden Knights hockey games at T-Mobile Arena. But he’s also a host for Top Rank Boxing events and that means he’s been part of the unique production of the Top Rank ESPN Summer Series of bouts broadcast live with no audience from MGM Grand.

“I’m really grateful to go back to work when there are so many of us in limbo and just waiting,” Shunock says on the new episode of the Sun on the Strip podcast. “What Top Rank is done is really incredible and so many people have been talking about it. From a production standpoint, the set is incredible and looks amazing. The only things missing are the thousands of fans who would normally be in attendance.”

Shunock describes the makeshift set at MGM Grand’s Conference Center, where he’s been living and working with the rest of the Top Rank crew and the fighters and their camps since the series started last week. It’s isolated and private with special training facilities built for the fighters, and all the spaces are completely disinfected after use and sealed shut.

A lifelong sports fan from Sault Ste. Marie in Ontario, Canada, Shunock is excited to be a part of one of the first American sporting events to come back during the COVID-19 shutdown of major events and live entertainment.

“You can only watch so much Korean baseball and cornhole on ESPN,” he jokes. “It’s just nice to see the progression here. UFC is back, boxing is back, even golf is back without spectators on the course and I think we’re getting close to a verdict on the NHL coming back later this summer.

“We’ve got to be patient though and not rush it. I think of all the things we’ve gone through with Top Rank to make sure everybody’s safe with the types of protocols and regulations they’ve put in place, and thinking of that on a different scale with a team sports event is going to be a tricky thing to move forward with.”

Shunock is also sharing information about the livestream shows being produced at his theater, the Space, and continuing to evolve the presentation of his Mondays Dark events so he can keep funneling funds to different local nonprofit organizations.

“Originally we brought in the livestream and the cameras just for … the charities we help. We wanted to give them a bigger reach and possibly raise some more money for them,” he says. “And I wanted my 80-year-old parents back in Canada to see what we were doing here in Vegas. They tune in for every event and for me, that’s everything right there.”